Blog: Closing the gender pay gap through compulsory reporting: what’s to be done, will it work?

The Prime Minister launched his Government’s consultation on how best to implement the requirement for gender pay reporting, passed in the dying days of the Coalition government in March, with the proud boast that it would see the gender pay gap eradicated within a generation. The response to the consultation, which closed last week, has apparently been strong and I am currently speaking at a range of venues to full houses on the subject. 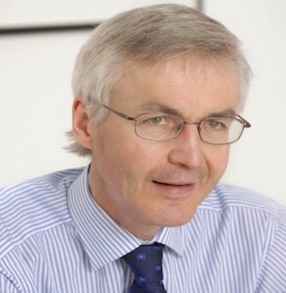 The Prime Minister launched his Government’s consultation on how best to implement the requirement for gender pay reporting, passed in the dying days of the Coalition government in March, with the proud boast that it would see the gender pay gap eradicated within a generation. The response to the consultation, which closed last week, has apparently been strong and I am currently speaking at a range of venues to full houses on the subject.

But most of the HR and business people I am speaking with seem equally dumb-founded as to how exactly this requirement will be defined, and how it will have such an impact. The UK all-employee average earnings gap currently stands at 19.1% in favour of us blokes and most of us reward and benefits professionals probably adhere more strongly to the European Commission’s estimate of 70 plus years to remove the shortfall entirely.

The requirement is actually enshrined within Section 78 of the Equality Act (2010), but the current Government was elected with just a year to enact this section. Other than specifying that it does not apply to employers with fewer than 250 employees, Section 78 is remarkably unspecific as to exactly how it will “require employers to publish information relating to the pay of employees for the purpose of showing whether there are differences in the pay of male and female employees”.

The just-concluded consultation organised by the Government Equalities Office hints in its questions at some of the key challenges that they are wrestling with, as well as highlighting that this can only be one of many initiatives to support higher female pay levels, including more support for flexible working and improved careers advice for girls.

For starters, what is ‘pay’ and what is the most appropriate comparator figure to use? Most equal pay audits that I carry out for employers highlight differences in the gap in terms of base pay and total earnings, with men for example often able to take advantage of overtime opportunities at higher rates than women, and also earning higher average bonuses.

And do we report the mean gap, or the median, or both? For international comparisons the Government itself prefers to use the earnings gap for full time employees which is just 9.4%, compared to the much larger all-employee difference. Should employers have such discretion? Should the gap reported be the ‘single figure’ covering all staff, and/or should this be broken down by level or function, which would give a better indication of the causes of the overall gap revealed?

The ‘how’ of reporting also loomed large in the consultation, with questions about the 250 employee level of exemption and the costs of gathering and analysing the data. Might we also see the implementation being phased, as we have seen with pensions, giving smaller employers time to prepare and learn from the experiences of the big firms?

Whatever your views, the big challenge in the regulations will be being specific enough to be clear to employers what is required, yet at the same time flexible enough to reflect different situations and factors causing the gap. I helped the EHRC to draft guidance on this issue in 2010 when we first thought Section 78 was going to be implemented. Then we proposed employers select from a basket of metrics, including narrative reporting and explanation, and progressively increased the information reported, which seemed to be received favourably by employer and employee audiences alike.

But whatever the outcome, (and you need to keep a close eye on this one as it unfolds), just be glad that solving this particular challenge is in the GEO’s inbox rather than your own!

This article was supplied by Duncan Brown, head of HR consultancy, Institute for Employment Studies

The Living Wage Foundation has announced the latest uplift in its Real Living Wage early, with a recording breaking increase of 10%. In other news, those businesses trialling a four-day working week look on track to adopt the practice, while recruitment is still strong despite the economic downturn. Read on for more reward and employee benefits news you might have missed this week.

Are we at a turning point for reward professionals?

Top 10 stories this week: Employers need to prepare for difficult winter ahead

More than three-quarters of low-paid workers are feeling cost of living pressures, while employers are also warning that they expect to see an increase in the number of employees experiencing financial difficulties this winter. Read on for more reward and employee benefits news you might have missed this week.

Struggling to recruit? How being transparent is key