Top 10 stories from this week: Chancellor’s statement puts cash-strapped firms on the backfoot

Wednesday’s Spring Statement from Chancellor Rishi Sunak has potentially put organisations with limited funds to reward employees between a rock and a hard place. With the cost of living rapidly rising, the Chancellor’s address to the House of Commons promised an increase in the National Insurance threshold and a skills reform, but this does not curtail rising inflation.

The war for talent is likely to intensify and businesses will be pulled to  compete for talent with golden handshakes. Attraction and retention are far less likely to hinge so heavily on culture – as was the case during the pandemic – but rather on the bottom line, as firms may have to become more competitive with their pay, especially for certain sought-after skills.

However, money is not the be all and end all to motivate and satisfy your workforce. Organisations that lack the funds to drastically increase pay can review their reward and benefits to offer employees something others cannot, such as inclusive policies on family and care responsibilities, mental health, or increased holiday allowances. Indeed, a combination of reasonable pay with an above average benefits offering could be the answer for cash-strapped firms.

Employee Benefits: New research has revealed that more than two-thirds (64%) of workers think their most recent pay rise was unfair and did not reflect their job performance. HR and payroll software provider CIPHR’s Pay rise study, which was based on a survey of around 1,000 employed British adults, also highlighted that 70% believed their recent pay rise was not reflective of their work. Read more

HR News: The latest data from XpertHR shows that the median basic pay increase in the three months to end of February 2022 is worth 3%, unchanged from the previous rolling quarter. Read more

Single mothers’ pension wealth is at an all-time low

Remote work one of the emergency measures that could cut energy use, says IEA

Workplace Insight: In the face of the emerging global energy crisis triggered by Russia’s invasion of Ukraine, practical actions by governments and citizens in advanced economies and beyond can achieve significant reductions in oil demand in a matter of months, reducing the risk of a major supply crunch, according to new analysis released by the International Energy Agency. These efforts, including the uptake of remote work, would reduce the pain being felt by consumers around the world. Read more

People Management: Nearly half of employees did not receive any wellbeing check-ins from their employer last year, research has revealed, leading to calls for firms to do more to listen to and support their staff. In a poll of 2,000 workers, conducted by Mental Health First Aid England (MHFA), 48 per cent said their workplace had not checked in on their mental health in the past year, up from 25 per cent in 2021. Read more

72% of UK office staff would prefer a four-day week

Employee Benefits: New data has highlighted that almost three-quarters (72%) of UK office workers said they would prefer a four-day working week while still receiving the same salary and having the same amount of work to do. Read more

ESG objectives now a priority for quarter of organisations

Pension contributions up, but so are numbers breaching annual and lifetime limits

Corporate Adviser: Contributions into personal and stakeholder pensions — which includes workplace pensions — increased by 12 per cent between the 2018/19 and 2019/20 tax years, according to the latest HMRC figures. Read more

Corporate Advisor: The cumulative events of recent years — including the pandemic, Brexit-uncertainty, the war in Ukraine and the cost-of-living crisis — have increased the need for better mental health support in the workplace. Nursing support service RedArc says these events, on top of everyday challenges, have put increased pressure on many people’s mental wellbeing. Read more 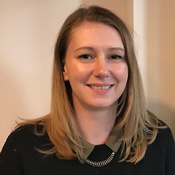