Top 10 stories from this week: cost of living dominates this week’s HR news

As we are all well aware, today the cost of living rises really begin to take hold. 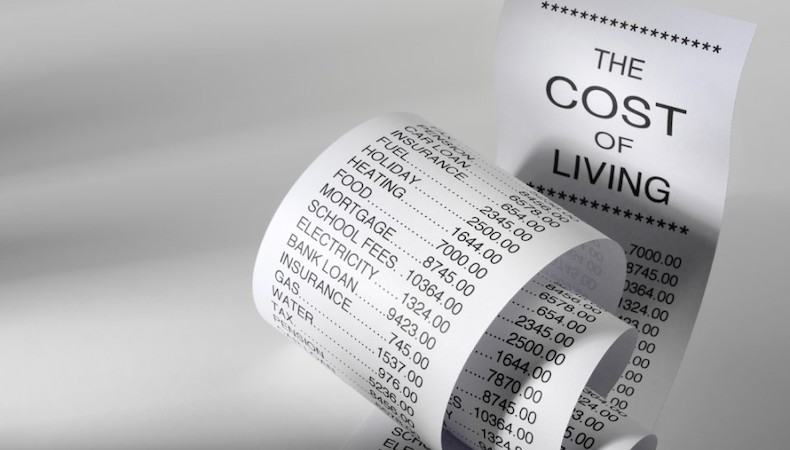 Earlier this week, a CIPD survey found that 12% of employees believe their pay was not high enough to cover basics such as food and bills, without going into debt. There are also concerns that the rises will see the gender pay gap widen and pension savings reduce – storing up problems later down the line.

There is, however, some relief with the National Living Wage increase from today of 6.6% to £9.50 an hour, which should help to mitigate some of the cost increases, especially for the lowest paid.

For employers, the need to ensure financial and mental wellbeing provisions are in place will be paramount. Everyone, regardless of salary level, will be impacted by these rises and so workplace support will need to be inclusive and mindful of the current economic situation.

For more reward and employee benefits news you might have missed this week, read our top 10 curated snippets below.

One in 10 employees don’t earn enough to pay for food and bills, CIPD poll finds

People Management One in 10 employees are not paid enough to cover basic necessities without going into debt, a CIPD poll has found.

The YouGov survey, which collected data from 2,557 employees, found 12 per cent said their pay was not high enough for them to have an acceptable standard of living without going into debt paying for food or bills. Read more

Rising inflation may widen the UK's gender pay gap
HR Grapevine Soaring inflation may be contributing to the gender pay gap, a new study by study by HR and payroll software provider CIPHR has suggested. Their data, which was based on a poll of over 1,000 employees, found that women were 8% less likely than men to have been offered a pay rise that was in line with inflation. Read more

Workers urged to double pension savings to manage cost of living increases
HR Magazine Millions of workers face having only a ‘basic’ level of income at retirement because they are not saving enough. Read more

Graduate turnover at 11-year high, driven by pay
Personnel Today Graduate turnover has reached its highest level in more than a decade, with the Institute of Student Employers (ISE) warning that stagnating salaries could accelerate the departure of early careers talent. Read more

Employees 'boomerang' back to previous employers for better benefits, work culture
Cover Magazine Some 19% of UK workers have ‘boomeranged’ back to a previous employer in the past five years or plan to in the nearby future, according to employee benefit provider Unum.
Citing a reason for returning, 36% of respondents from a sample of 2,000 UK adults surveyed in March, said it was due to better work culture and employee benefits. Read more

Government to publish statutory ‘fire and rehire’ code
Personnel Today The government will publish a new statutory code on ‘fire and rehire’ tactics in a bid to clamp down on unscrupulous employers.
Labour markets minister Paul Scully announced the code yesterday (29 March) in parliament, after multiple calls from unions for the government to act after the sackings of 800 P&O Ferries workers earlier this month. Read more

64% of UK staff would take pay cut for other benefits
Employee Benefits Almost two-thirds of UK workers (64%) would consider taking a pay cut if a new role offered other benefits, according to a study.
Insurer Aviva’s latest How we live report revealed that 22% would think about taking a lower salary if they had a hybrid working option, while 31% would do the same if they were able to choose flexible working hours. Read more

Remote working has affected the way three in five employers support the health and wellbeing of staff
HR News Fifty-nine per cent of employers say that the change in working patterns to a more remote or hybrid approach has affected the way they support the health and wellbeing of staff, according to research* from GRiD, the industry body for the group risk protection sector. Read more