Extending the replacement cycle of your company cars produces many arguments for and against. Those in favour say yes - extend and lets benefit from the quick win. Those against are concerned about depreciation and employee morale. 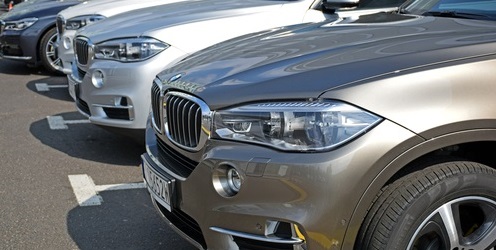 It is a big decision and has wide ranging implications on your company car fleet policy so it is sensible to look at all the ramifications of adding an extra year before making the decision.

Much has been written about the optimum replacement cycle and how extending it is counter productive because of poor residual value, increasing maintenance costs and employee retention risks. However it is becoming apparent that the argument against extending replacement cycles may be losing its strength. And as we will show, the extension can become one part of a much wider strategy to drastically improve company car value to your employees without increasing your cost.

As the world recovers from the global financial crisis many companies find themselves with more choices when faced with the question of company car replacement cycles. During the financial crisis many fleets extended their replacement cycles from three to four years to compensate for poor residual values producing excessive and unbudgeted depreciation.

However as the situation has improved the question of extending the replacement cycle is now from a position of choice rather than necessity. Indeed the 2015 Corporate Vehicle Observatory (CVO) barometer shows that in the UK 21% of small companies and 24% of large companies think usage increased since the previous year, whilst the 2016 barometer suggest this has increased by a further 5%.

So what is the correct choice and what should be considered when making that choice?

The choice will differ from company to company and will be influenced by the demands on the fleet (job-need or status). The fleet-leasing sector typically calculates costs based on a 20,000 mile per year average, which results in the normal car policies of 3yr/60,000 miles or 4yr/80,000 miles. However companies with a job-need car fleet could easily find their employees covering in excess of 30,000 miles per year. This would take a car in its 4th year over the 100,000-mile threshold, which seems to remain a barrier for many. However for the purposes of this review we will deal with the average - 20,000 miles per year, and look at the contributing factors to making the choice and consider whether replacement extension makes good business sense.

The improvement in the quality and reliability of cars is resulting in a flattening of the depreciation curve between years two and five. This extensive study from automotive fleet and Vincentric to crunch the numbers on replacement cycles shows that, as is commonly understood, vehicles lose the vast majority of their value between being driven off the forecourt and year two. Beyond that they depreciate on a much gentler slope.

As vehicle quality improves, extending the use of a car into its fourth year should pose less of an issue, indeed the UK Government has consulted on extending the deadline for the first MOT of new cars from three years to four, reinforcing the shallow depreciation curve that new cars now enjoy.

Fleetwise, a collaboration between Mercedes Benz and Fleet news, state that there is no evidence to show a sudden drop in value based on a car hitting its fourth-year. As long as the car is driven within company guidelines and follows a managed servicing schedule, there is a much lower risk of greater depreciation than say 10 years ago.

Rigorous maintenance and servicing programmes have a big part to play in extending the replacement cycles of company cars. The Fleetwise article highlights the public sector that, through extensive budget cuts, has needed to extend replacement cycles by up to seven years.

This may seem unpalatable for the private sector, however needs must, and councils have delivered this by instilling a robust maintenance regime to ensure their vehicles remain reliable and roadworthy.

The Vincentric study, although based on US vehicles, shows that the maintenance on a 20,000 miles per year vehicle jumps drops dramatically in year four after potentially substantial costs in year three. They are assuming that as the vehicle has a higher annual mileage the major maintenance issues come earlier in its life, hence the sharp jump in year three. The point of the study appears to be that the major maintenance milestones occur either side of year four.

Total Cost of Ownership is an increasingly popular way of calculating the true and total cost to the business of operating a company car. The Vincentric study looked at the TCO of more than 2,000 configurations from 25 popular fleet vehicles and included:

All these factors contribute to the true cost of operating the vehicle across a time period. It becomes a far truer picture of company investment as it understands all the associated costs of operating a vehicle (fuel, insurance, maintenance etc).Â  For a vehicle covering 20,000 miles per year its TCO decreased by 21% between year three and year four, but then suffered a substantial increase between year four and five.

One more consideration is the impact on the reward package offered by the company. Does a four-year replacement cycle compromise a company's ability to attract key talent?

It has been written that the extension of a vehicles replacement cycle can be off-putting for potential recruits and will weaken the employers bargaining position against other companies offering a shorter replacement cycle. This is obviously a challenge and the replacement cycle should be considered in the context of the whole employment package, industry & employee expectations, industry standards and emotive impact.

However, if a replacement cycle is not viewed in isolation but as part of a combination of tactics to enhance the car offer, then an extension can be part of a wider strategy to improve the car value without increasing the cost to the company.

This article was provided by Fleetworx.