Have you heard about the new emissions testing regulations that will ultimately affect car tax? 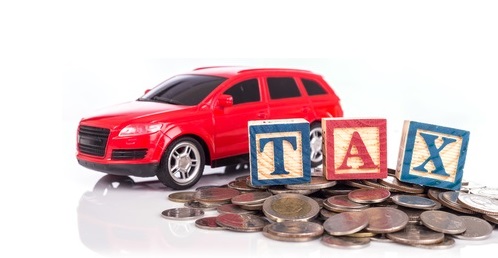 Without much of a fanfare, the launch date for the new testing regulations has been and gone. As of 1st September the new vehicle type approval emissions tests have switched from the 80's throwback NEDC (New European Driving Cycle), to the ultra- modern WLTP (Worldwide Harmonised Light Vehicle Test Procedure).

And frankly it is probably about time.

Although the test remains lab based, they will better replicate the actual real-world driving conditions and provide a more accurate indication of fuel consumption and emissions.

With more powerful vehicles, the introduction of speed cameras and road furniture, the year on year increases in traffic numbers and the inevitable stop/start motorway routines that this has instilled, the dynamics of driving are now very different to 35 years ago. And until now this has not been accurately reflected in CO2 values.

To create more realistic driving conditions the new test will have, among others:

Although the tests are now more reflective of what happens on our roads, there will in fact be an impact on the recorded CO2 emissions. Quite expectedly, the CO2 emissions will be higher than under the NEDC, with some reports suggesting an increase of over 10%. This will have a threefold impact on car fleet management.

Secondly it will impact capital allowance claims as cars will move above the new threshold for claiming the standard rate of 18% which, as of 2018, will be 110 g/km.

Thirdly it will effectively move the BiK of a car two brackets higher.

Although the EU has suggested the scheme should not be used as a tax grab for national governments, there needs to be alignment of CO2 thresholds with the introduction of the WLTP. It has been announced that the regulations will not impact directly on car tax until at least April 2019.

This is the date for which HMRC have suggested the exiting NEDC figures will continue to be used for taxation purposes. And they have also suggested the review of CO2 thresholds to be used beyond that date will be announced in the November 2017 budget.

And of course it is not just the potential increased personal taxation forced upon an employee who may be renewing a like-for-like vehicle but with a new WLTP grading, there is also the potential increased employers NI contributions. Using a Fleetworx client as an example, moving a fleet of 389 cars two BiK brackets will impose an additional £35,000 in employers' NI contributions.

So, although the introduction of WLTP is universally welcome, it is basically a watching brief between now and the various staging dates to keep track of looming administrative and cost challenges.

This article was provided by Fleetworx.