Trend update: How student debt is crippling pensioners (of the future)

Since it was introduced in 1990, the amount of debt being heaped onto the shoulders of British students has rocketed.

In the first year of the debt funding coming into force, the average student took on debt worth £390 a year, whereas in the 2015/16 academic year (up until November 2015) this had climbed to a whopping £12,330 – now that’s a lot to spend on baked beans and vodka shots!

In total, graduates have now taken on in excess of £49bn of student debt since 1990. 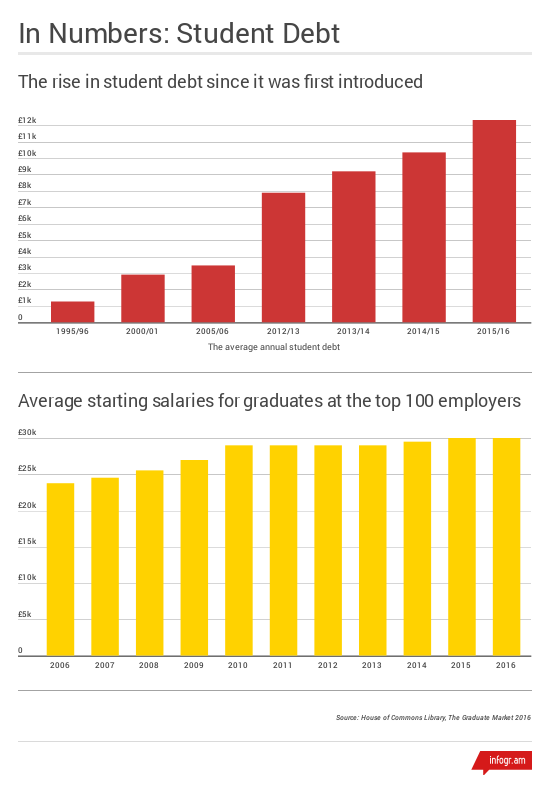 But what does this mean for graduates once they leave university and step out into the big, bad world of employment?

According to the latest High Fliers Report, The Graduate Market in 2016, the average starting salary for a UK graduate entering employment in 2016 is £30,000, based on figures from the top 100 graduate employers

But research from graduate-jobs.com has found that the true figure for the whole of the graduate market could be as low as £19,000 to £22,000 a year.

And worryingly for those leaving higher education and starting work, the rise in the cost of tuition fees has not been matched by an equivalent rise in graduate pay.

This, combined with a 6.3% increase to the cost of living since the start of 2012, means that graduates’ disposable income is falling.

And with a basic standard of living in the UK costing £17,311 for a single adult with no children, that £19,000 starting salary is suddenly looking even less attractive – especially when a three year university course could have already racked up more than £36,000 in student debt.

No wonder why so few graduates are saving enough to live comfortably in retirement!

Auto-enrolment, of course, is a big plus for companies looking to help their young graduates to save for life after work (if the government doesn’t raise the retirement age too high before that dream becomes reality), but that alone will not be enough.

Employers need to ensure that their graduates are given adequate financial support and advice when needed, and education around the need to save for retirement is paramount.

Otherwise, the inevitable stress and corresponding drop-off in productivity that comes with mounting debt worries will start to put a dent in the best endeavours of your up and coming graduate talent.

This article was written by Matt Scott, REBA's tame actuary. 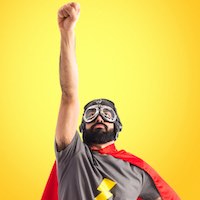 He safeguards the reward community from hours of online research, his superstrength is delivering the numerical  proof you need to make your reward business case.

Ways to support the financial wellbeing of the ‘sandwich generation’

How to strengthen the employer-employee connection through financial empowerment

Globally, people are worried about their financial situation. But many lack the education to make the most of their finances. Employers can change that