Why under-appreciating benefits is stereotypical of millennials

When I first joined our industry and I didn’t know what group income protection (GIP) was, a consultant once asked me ‘What would you do if you could no longer earn an income as you were too ill or injured to work?’ 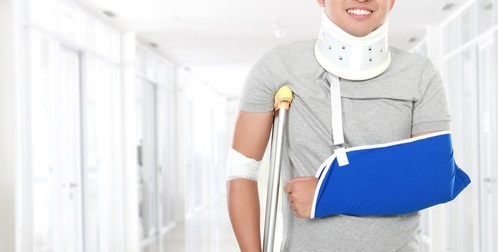 The question supposed that my hypothetical employer did not provide me with GIP benefits, and therefore my response was ‘I’ll get benefits from the government.’ My colleague then informed me of how low (or potentially non-existent) these benefits were.

In the U.K. the government provides weekly payments of Employment Support Allowance for individuals who are unable to work due to illness or injury; however on average these amount to only £5,312 per year (based on 2016-17 figures) and are usually only paid for a maximum period of one year unless you have a very serious condition.

The idea of being too ill or injured to work was a scary enough thought for me, let alone the concept of potentially having to move home as a result of not being able to afford to keep my current lifestyle (having my own flat and car and not having to worry about keeping all spending to an absolute minimum).

The question definitely made me think and it certainly made me appreciate my GIP benefit. It is very reassuring to know that although my income will drop, it won’t drop to a level which will have a significant impact on my lifestyle. GIP insurers also appoint individual rehabilitation consultants who work with you to get you back to work (if possible), which is also very reassuring.

Although I appreciated the GIP benefit straight away, company-paid private medical insurance (PMI) took me a while to appreciate (I probably still don’t appreciate it as much as I should!).

When I first joined the company I didn’t join the PMI scheme as I had the viewpoint that I was young and healthy, and if anything happened I had the NHS to rely on. I also still had debts from university and decided I needed every penny of the minimal benefit in kind tax charge. At this point in time, the benefit I appreciated the most was the contribution towards gym membership.

The older I get the more I worry (most likely due to commitments such as having a mortgage), and now I’m closer to the upper end of the millennial employees’ age group, I fully appreciate that illnesses and injuries can hit any person at any age. I believe that the majority of individuals who are at the lower end of the age group do not appreciate the benefit.

A couple of supporting scenarios for me personally are: how much I would dislike having to stay in an NHS hospital overnight in a ward full of strangers; and how I wouldn’t be comfortable with knowing I was ill but potentially having to wait weeks for an NHS diagnosis. (I will also embarrassingly admit that I am one of those people who Googles symptoms and self-diagnoses that I only have days to live).

Individuals have the legal right to start non-emergency NHS consultant-led treatment within a maximum of 18 weeks from referral. The proportion of patients still waiting to be seen 18 weeks after referral increased to 8.5% in June 2016. Under a PMI scheme individuals are usually seen within a few days, so the difference in waiting times is extremely substantial.

Our company private medical insurer provides us with access to a 24-hour GP helpline. I used this service recently and was very impressed that I was able to speak to a GP within a few minutes instead of having to wait days for an appointment with my own GP.

Under-appreciating company-funded benefits is most definitely one of the stereotypes which is linked to millennial employees. Many companies are aware of this but too few are actively promoting their benefits to employees.

Those who are actively promoting benefits have started to do so in new, more contemporary ways in recent years. This tends to be electronic promotion via emails, flexible benefit systems or on company intranet sites instead of old methods such as booklets sent by post or leaflets placed on employees’ desks.

If employers regularly review benefit promotion methods, keep up with new technology and ensure that all employees are provided with lots of information about their benefits, the result will be that they have employees (both millennial and non millennial) who appreciate all of their benefits.

This article was supplied by Xerox.

REBA inside track
Members only

This research identifies the factors influencing change, how businesses will adapt benefits strategies, and what actions they will be taking in the next 12-24 months to better align their benefits with wider business needs.