Employers, the way we talk about men’s health needs to change

Men’s health is facing a crisis. Life expectancy at birth in the UK is 79.4 years for males and 83.1 for females. Some 75% of premature deaths caused by heart disease are men. An astonishing 1 in 5 of your male colleagues will die before they’re old enough to retire. 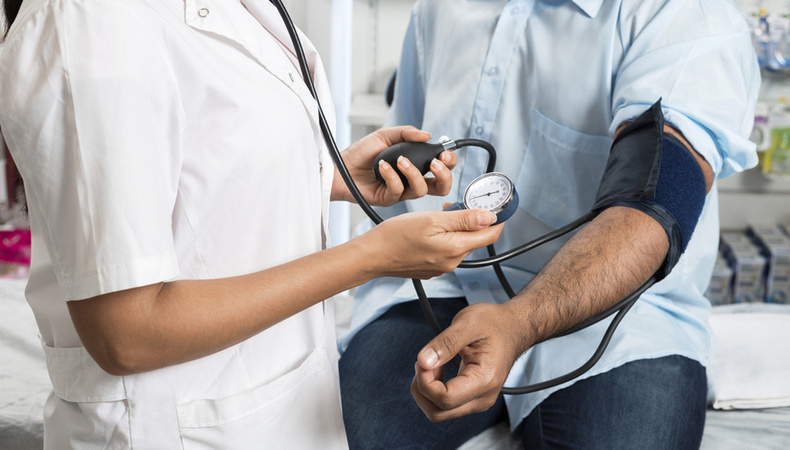 You would think men would be queuing up, Covid-permitting, for health checks and tests. But, for a multitude of reasons, it’s not the case, says Helen Lake, director and clinical lead of men’s health services at Peppy.

The roots of the problem

A big issue here is that men visit the GP 50% less than women. “There are deeply embedded attitudes about masculinity that mean the ‘breadwinner’ can’t be seen to be taking time off work, hasn’t got time to be ill and has people depending on him,” Helen says.

Women often take it upon themselves to be responsible for the health of the men in their life. But, what about men who don’t have partners and live alone or with friends? “If you don’t have somebody at your elbow saying, ‘are you going to see someone about that cough?’, then you’re just not going to bother,” she adds.

This head-in-the-sand approach to their health is leaving men vulnerable. Research shows that 50% of premature male deaths are preventable. How we change the story for men’s health starts with how we talk about it in general.

“The content and wording of campaigns should be tailor-made for men, so they can own it and relate to it,” Helen says. “These mass campaigns about alcohol and smoking don’t always reach men, whereas smaller targeted campaigns, such as offering a ‘Man MOT’, tend to work better”.

Studies show that 12.5% of men will experience a common mental health problem, but they are less likely to admit to feeling “depressed” or “anxious”. “Instead, men are more likely to say they feel ‘stressed’ or that work is ‘really busy’ – these can be warning signs that they’re not coping.” Line managers need to learn the language of men’s health, so they can be aware when a colleague is facing burnout.

“As a nation we don't do enough to raise awareness of the support available for men,” says Lee McNamara, group head of internal communications and culture at DFS Group. The company is working hard to recognise this – especially within its manufacturing and delivery functions – offering its staff personalised men’s health support, via Peppy’s app.

The broader wellbeing market at times isn’t geared towards male specific health issues, and this causes problems. “The wellbeing sector can come across as skewed more towards women, particularly across the diet and mental health sectors,” Lee adds. “It's unfortunate that the demographic we're trying to reach is also the one that has the least propensity to seek help”.

Anonymity is another key consideration, given that a lot of men’s health issues fall into the urology category – the area of health that focuses on urinary issues, the penis, testicles, erectile dysfunction. “These ‘below the belt’ problems are particularly difficult for men to discuss, so they often delay coming forward,” Helen says, adding that if men had a way to talk to an expert discreetly and access trustworthy information without having to face an intimate examination each time, this could change.

The impact on the workforce

If health issues aren’t addressed in the workplace, problems can soon escalate. “These are employees who may be nodding off at their desk because they’ve got Type 2 diabetes and they’re obese and nobody on staff has said anything to them.” Helen adds.

It’s going to take time to change male attitudes that are deeply embedded. “The virtual world is a good opportunity for men to engage more with their health. The evidence is that they do worry about it, but don’t know how to access the right help and advice,” Helen says.

How to start the conversation

Helen recommends every company should have a men’s health champion. “Find a way to link people within the workforce, creating opportunities where perhaps an employee might be a little bit more likely to have that conversation. Create a culture where staff can take time out to talk these things through, where it’s noticed if someone doesn’t return calls or isn’t engaging properly. Someone who’s not part of the management team saying: ‘I’ve noticed you’re not quite yourself at the moment’, could be powerful, as colleagues don't feel they’re being observed in a negative way, but instead are being offered support.”

The key is not to make it a big deal. You don’t have to have a big conversation, but try and make it more of a culture in practice. “Delegate these conversations about men’s health issues to the people that are interested and driven to help. Maybe get them to train so they can really offer the best support as a men’s health champion”

Conversations about mental health can be harder to start because the very term ‘mental health’ is a turn off. Helen says, “it’s better to talk about it in terms of anxiety, getting stressed out, feeling overloaded or burnt out. Talking in these terms will give men the safety valve of being able to express what they are going through and getting the right help”

When it comes to men’s health, ignorance is most certainly not bliss. If employers are serious about supporting men through life changes, health issues and worries, anonymous, targeted, personalised health support could be a game-changer.

The author is Marina Gask, copywriter for Peppy.

This article is provided by Peppy.

In partnership with Peppy

To transform men's health, organisations must support a healthy lifestyle, but also provide tools that encourage men to seek help when they need it

Attention-deficit hyperactivity disorder, often referred to as ADHD, is a condition that affects behaviour. It can lead to a lack of concentration, hyperactivity, restlessness, and impulsive actions. ADHD is commonly identified in childhood, especially at times of transition when symptoms can become more noticeable, such as the start of a new school.

It wasn’t that long ago that running a women’s health week in any organisation, let alone a male-dominated construction and civil engineering company, may have been viewed with scepticism.

Covid-19 has brought a sharp focus on the inclusion of health insurance in employee benefit programmes. Employers are re-evaluating all benefits to ensure that they are differentiating their rewards to provide tangible and emotional value for their employees.