With the cost of living crisis creating anxiety among employees, financial education can help them make better choices with their money 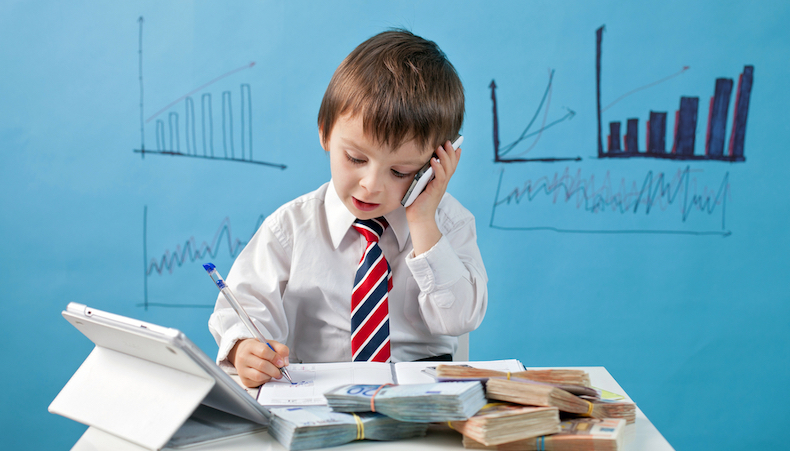 Money worries have become a bigger concern for many of us in what has been dubbed ‘the cost-of-living crisis’. The government’s Office for Budget Responsibility has predicted that living standards in the UK will fall at the fastest annual rate since the mid-1950s. It says household disposable incomes will drop by 2.2% per person in 2022-23 due to soaring inflation.

So it’s not surprising that four in 10 (39%) UK workers have reported feeling increasingly worried about their finances as a result of the pandemic, according to research by Close Brothers. The ‘Expecting the unexpected’ study of 2,000 employees, carried out in January 2021, also showed that women and young people were the most anxious. A quarter of female employees (24%) felt financially unprepared for the coronavirus crisis and subsequent lockdowns, compared with 14% of men.

Negative impact in the workplace

Financial guidance is an essential part of a company’s wellbeing offering, says Jeanette Makings, head of financial education at Close Brothers. “Every company we talk to recognises that finance is part of the wellbeing jigsaw and that you can’t fix wellbeing overall without addressing financial health,” she says.

In fact, three-quarters (77%) of employees believe that their financial concerns impact them at work, according to the Close Brothers Financial Wellbeing Index. The survey of 5,000 employees, published in March 2019, revealed that 40% worry about money always or often.

Another landmark survey into financial health revealed that one in four adults were in debt last year. The study by the Financial Conduct Authority, published in February 2021, found that the number of people struggling with low financial resilience (defined as debt, low savings or low or erratic earnings) increased by one-third to 14.2 million and that more than half of us were struggling with our finances.

Encouragingly, a growing number of organisations have made financial education a priority over the last two years, says Makings. “Employers know that many people have had to dip into their emergency savings pot and be more resourceful than ever since the start of the pandemic.”

One small silver lining has been the way the Covid-19 crisis has made people focus more on their spending and changed their attitude to money. “During the lockdowns, people have been spending much less and have recognised the need to make themselves more financially resilient. Some of those positive behaviours will be long-lasting,” says Makings.

This trend of being more mindful about money has continued with the move to a hybrid workforce. “People are seeing the benefit in their own pocket of saving money on train fares, takeaway sandwiches, lunchtime shopping and all the other day-to-day costs of office-based working, and they want that to continue,” Makings says.

However, the war in Ukraine has, understandably, caused a significant rise in anxiety. “We can see the sheer hell the people in Ukraine are going through and we can’t help but worry about how we’re all going to be affected,” Makings says. “We know oil prices are the highest they’ve ever been and that all the financial indexes have been impacted, so it’s easy to see why people worry when they see big drops in their pension pots and other savings.”

A recent report by the Money Charity showed that one-fifth of UK households have struggled to pay their TV, internet and phone bills over the last year and one million people had gone an entire day without eating because they couldn’t afford to put a meal on the table. The report, published in February 2022, showed that the average adult had £3,745 of debt.

So what can employers do to help provide financial wellbeing support?

Having a robust employee assistance programme (EAP) in place is essential. “Many EAPs will have a debt counselling service that employees can use to start tackling this issue when they are in need of urgent help,” Makings says.

Giving staff access to budgeting tools and a financial education programme that helps them understand the importance and impact of taking small steps can also make a real difference. “A financial education programme from a trusted and impartial expert that helps employees make the most of financial opportunities, and that explains other personal finance (such as personal tax codes, retirement savings and share benefits), can make a real difference,” says Makings.

Take the hassle out of retirement planning

Retirement planning is more complex now than it was 15 years ago, before the default retirement age was abolished and when many more people had defined benefit pensions to rely on, says Makings. “Then, you knew when you were going to retire and what you would get from your pension.”

Today, people need to decide when they can retire and plan for how they will fund it – and in times of volatility like the present, many choose to defer retirement. And, as more people are retiring with defined contribution pensions as their main income source, there are lots of decisions they need to take and many aren’t sure what’s best or where to get advice, says Makings.

The Close Brothers ‘Expecting the unexpected’ survey also showed that almost one in five (19%) employees aged between 65-74 and 14% of those aged 55-64 have delayed their retirement as a result of the pandemic.

Older employees are now looking at other financial resources, including savings, ISAs and downsizing, to fund their retirement years. “There’s a recognition that retirement isn’t just about your pension and that it can be funded by other means,” says Makings. “People really want to understand how it can work for them.”

In partnership with Close Brothers

Close Brothers has been providing financial education services to employees of some of the UK's best known organisations for over 50 years.

Almost a quarter of adults are now concerned about their financial health, according to research

The government’s ‘stronger nudge’ towards Pension Wise is a move in the right direction, but is it enough?

How employers can help employees worry less about money and debt

If not now, when? The urgent need for impartial financial education