How to open up conversations with men about the menopause

As women, it is common to file certain topics under “girl talk”. Maybe your introduction to the concept of menstruation came from a private conversation with your mother, or an awkward gender-segregated talk at school.

Perhaps you never had such a conversation at all. As women, we can go to great lengths to conceal our biology: secretly slipping a tampon to a friend in need, working through immense pain during our periods, and yes, even hiding menopause symptoms from the men in our lives. But why this dedication to hide our biology from men? Increasingly, the idea that men ought to be shielded from the everyday reality of living with a uterus has become outdated. That's why we need to talk to men about menopause. 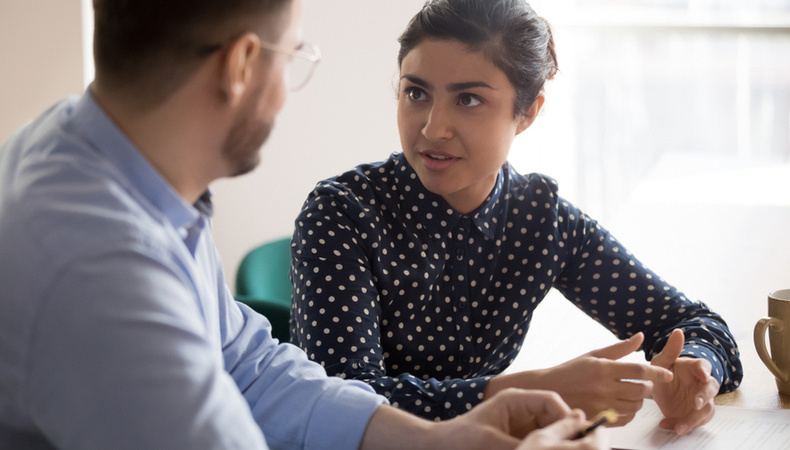 But it’s too awkward, you may say. Or maybe you prefer to keep certain things to yourself. That’s alright, but hiding topics like menopause from men makes life all the more difficult for those suffering from debilitating symptoms. Women and men live and work together, so the more men are aware of menopause’s effects and are comfortable with discussing symptoms, the easier it becomes for women to ask for help at work, or even to feel comfortable in their own homes. If you’re looking for ways to get the conversation going, here are a few tips.

Perhaps the best way to encourage discussions about menopause with men is to remove the taboo of women’s health topics in the first place. Breaking social taboos can take years, even generations, but the women’s health taboo is already dissipating.

Menopause is a natural part of life for almost everyone with a uterus—that’s roughly half of the world population. Despite this ubiquity, discussions about menopause can be seen as awkward or out-of-place, or when they do occur, are imbued with sexist stereotypes. This feeling of discomfort in men can come from a lifelong “other-ing” of women, particularly when related to their health issues, that starts in early childhood. There is also a general lack of education around menopause. One US study found that only 46% of men with a partner going through menopause were aware that there were treatment options available for them. A shocking 22% were unsure whether their partner was going through menopause or not, indicating that the topic had not come up even amongst intimate partners.

The best way to stop this timidness is to talk candidly about women’s health. Taking a sick day at work due to pain from Menopause symptoms opens up conversations around gynae health and chronic pain that perhaps many men had not even considered. Talking openly about hormones and their effects on the mind and body might demystify their impact. Women’s health should not be an uncomfortable topic simply because it applies to women. Opening up these types of conversations with men will remove the barriers that segregate our everyday conversations on a gendered basis.

Men have hormones, too (and they will decrease as they age)

All genders are subject to mood swings, yet women consistently bear the brunt of this stereotype. As such, an important way to educate men on menopause and normalise conversations around women’s health in general is by familiarising them with their own health, and that includes their hormonal health.

As men age, testosterone levels decrease. This drop leads to a variety of symptoms that are not too different from the effects of estrogen and progesterone decreasing in women: reduced sex drive, weight gain, diminished energy, brain fog, trouble concentrating, depression. Educating men on what exactly menopause is in the essential—a drop in hormone levels that causes menstrual periods to stop—and placing it within the scope of a natural aging process that affects them as well, should help to demystify the process. We all age, and decreasing hormone levels are an integral part of the process.

Part of what makes menopause tricky to talk about is the shame around aging in general. In a youth-obsessed world, it isn’t always so common to chat about the ups and downs of aging. Having discussions with men about middle age in general normalises the topic, and brings them into the equation, too. It’s possible that some of the discomfort some men feel around menopause could be a projection of their own fears of aging. Help to remove the taboo by putting conversations about aging on the table as something to bond over together.

Ask for help when you need it

Menopause, while natural, can cause a myriad of health issues. From hot flushes to insomnia, depression to osteoporosis, women may require specialised care before, during and after menopause. Despite these harsh realities, menopause is often not seen as a health issue. Instead, it gets filed under “women’s issues”.

Increasing awareness of menopause as an issue that may require medical care makes it more difficult to sweep under the rug. Nearly 60% of menopausal women said their symptoms have negatively affected them at work, meaning menopause is far from just a personal problem, but something that affects society on a day-to-day basis. If your job doesn’t already offer menopause benefits, why not suggest them to your boss? And if you’re not feeling like yourself, talk to your family and friends and ask if they could offer some extra support during a difficult time. The more menopause is understood as a health issue that requires care, the less women have to hide in shame.

These are all ways women can open up discussions about menopause with men, but ultimately the onus falls on men to educate themselves. Women can try to integrate men into their conversations and educate them, but men should work to approach these conversations with openness, understanding and care.

The author is Emma Olsson, content writer at Syrona Health.

This article is provided by Syrona Health.

In partnership with Syrona Health

Track your symptoms & lifestyle to get expert insights with SORA, your virtual health assistant 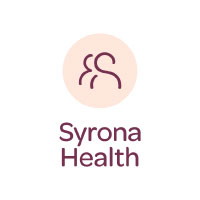 REBA Inside Track: Wellbeing benefits: a help or hinderance to DEI?

Workplace menopause support has been hitting headlines more frequently, and it would seem to the casual observer that the taboo surrounding this subject is finally over.

Laura Hocking of Adobe on menopause support and inclusivity

Laura Hocking, EMEA physical wellbeing programme manager at Adobe, speaks with REBA’s director Debi O’Donovan, about its journey to better support those experiencing menopause and why it is so important to the organisation.

For many employees, starting a family is a lifelong dream and expectation. But the realities of trying to start or grow a family with the help of fertility treatment can be more complex – and costly.