In focus: Gender pay gaps among higher earners, and how to address them.

We are fast approaching the 2018/19 deadline for public and private sector employers with 250 or more employees required to publish data on the gender pay gap within their organisation.

By 5th April  over ten thousand companies are expected to disclose their second year figures. 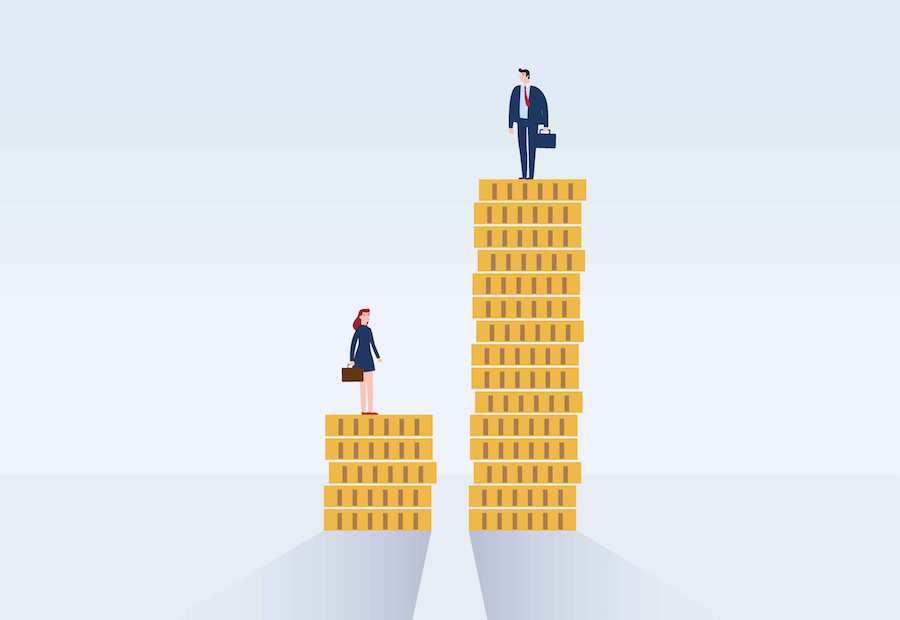 High earners gap
When focusing on pay gaps for higher earners the figures reveal a predictable pattern. The ONS figures show for those females in the top 10 per cent, or the 90th percentile of the pay distribution, female full-time employees earned 18.3 per cent less than their male full-time peers  (£26.35 (excluding overtime) per hour versus £32.26.)  And, whilst the gender pay gap has decreased since 1997 for those employed in the bottom and middle of the full-time earnings, for higher earners, the gap has been slower to close: 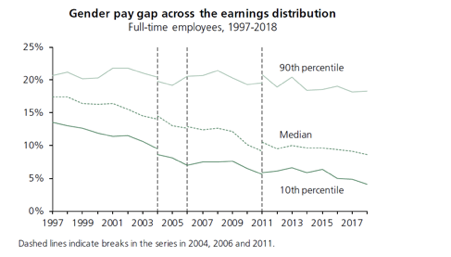 Similarly the 2017/8 data set from those organisations reporting under the GPG reporting legislation shows that most companies have more men in the top pay quartiles than women, thus fewer higher earners who are women. It is this lack of female representation among higher earners that has been a major focus for many companies planning actions to reduce the Gender Pay Gap. 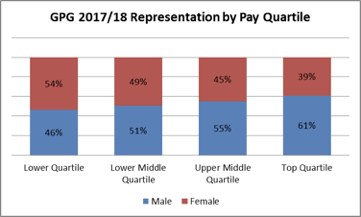 Explaining the gap
It is this lack of female representation among higher earners that has been a focus for many companies planning actions to reduce the Gender Pay Gap.  Societal issues can explain in part why higher earners tend to be men rather than women.  Women are more concentrated in certain occupations which may attract lower levels of pay, particularly the low-paid ‘five Cs’ of cleaning, catering, clerical, cashiering (retail), and caring work.  Also generational effects such as differences in average education levels have an impact, especially when more highly-educated workers tend to have higher earnings.  Although in the past twenty-five years there has been a more rapid increase in education levels among women than among men within the group of workers qualified to degree level there has been little change in the gender pay gap over this period, although the gap has reduced among workers qualified to GCSE or A level standard.

This may indicate that it is barriers within organisations that impact the number of women reaching the top pay quartile, and it’s now widely acknowledged that issues with career progression and lack of flexible working have the biggest impact on representation level.  Interestingly tackling these challenges is well within the remit of influence for most companies and can have a more short to medium term impact than some of the contributory societal issues.

Whilst the promising actions that they say require further research to improve the evidence on their effectiveness are:

Many of these are being adopted by leading companies, and information on their proposed actions can be found in the narratives accompanying their GPG data.  Most are refining their own approach according to what works for their people, demographics, working arrangements and culture.

Impact in other “earnings” or benefits
It’s also worth here a quick word about “earnings” or benefits outside of the remit of the GPG regulations.  According to research from the trade union Prospect, which examined the 2016-17 Department for Work and Pensions family resources survey, found that the Pensions pay gap for female retirees was 39.5 per cent lower than for men that year, or around £7,000. The reasons for this are similar to those causing the Gender Pay Gap. Women are more likely than men to miss out on auto-enrolment contributions paid by employers into a workplace pension scheme because they typically earn less and they often lose out on contributions if they take time out of work to care for children.

The real impact of fewer senior women
Increasingly businesses are coming to understand that they are missing out on talented women in their top tiers of management and that this lack of diversity can have an impact on financial performance. McKinsey’s pivotal study from 2015 Why Diversity Matters highlighted that companies in the top quartile for gender or racial and ethnic diversity are more likely to have financial returns above their national industry medians. And this is why many CEO’s are recognising that change starts at the executive level. The CEO Action for Diversity & Inclusion™ is the largest CEO-driven coalition to advance diversity and inclusion within the workplace with more than 550 CEOs of the world’s leading companies and business organisations now participating to leverage their individual and collective voices to advance diversity and inclusion in the workplace.

The author is Ruth Thomas, Industry Principal and Senior Consultant at Curo Compensation.

This article is provided by Curo.

In partnership with Curo

Our market leading software allows you to optimise your compensation spend.