REBA Inside track: Pay isn’t the answer to the great disconnection

Last week the TUC proposal to get Britain to a £15 an hour minimum wage got plenty of media coverage.

While listening to BBC Radio Four a statement from one of the commentators got me thinking about pay levels and the link to productivity. The commentor pointed out the risk to broader UK businesses of being unable to fill traditional minimum wage jobs such as logistics, food pickers and other crucial roles that have a knock on effect on business further along the supply chain.

Not paying enough to attract people to these roles creates productivity risks elsewhere in the system, potentially costing the UK economy far more than a minimum pay rise would have. I agree that low pay is a risk to productivity (both minimum wage, but also the levels above that), but conversely, pay increases don’t often drive productivity. As a reward director said to me a few weeks ago: “Money without culture doesn’t work”.

We’re seeing plenty of announcements of cost-of-living bonuses and higher-than- traditional pay increases. But even during tough times money is a very short term answer. How many bonuses paid out now will last until the energy prices go up in October? So the focus really needs to be much bigger picture, longer term and move away from old reward levers. I wasn’t surprised to see in Gallup’s recent annual State of the Global Workplace: 2022 Report that for many of the world’s employees “work sucks”.

While a poll out in August from recruitment firm Robert Walters showed that we now have The Great Disconnection replacing The Great Resignation, as employers struggle to form a post-pandemic work culture which is fit for a hybrid world. Even at organisations which have a good culture, I bet most employers feel disengaged from time to time. We’re all going through a collective period of huge upheaval and change, and I can’t think of any person that will not have been affected by rising inflation, new ways of working or of doing work, impact of digitisation and changing technology (at work or at home), or changing products and services in a bid to meet Net Zero and carbon emission targets. The list goes on.

In the over two decades that I’ve analysed trends in the reward and benefits market, it has been clear that there has been a continuous lag between business change and reward change. Now, in some areas, that lag gap is growing as the businesses transform faster than ever. It is hard to suddenly reshape core benefits, transform pay structures, never mind trying to rethink the pension plan. While speaking to reward and benefits experts – both employer side and vendor side – and the message coming through is the vital need to re-understand each workforce: what it looks like now and what it needs to look like in the near future.

Organisations are focused on sustainability in their future business goals, products and services. This report explores the impact that this shift is having on HR strategies, reward, benefits and employee value propositions.

Doing what we’ve always done won’t keep reward and benefits up to speed with each business’s purpose, long-term objectives and related HR strategies. This needs in-depth conversations with senior leadership and focus groups across the business, as well as delving in the data to make workforce forecasts – from skills audits and forecasting to understanding how your demographics and shape of the workforce is predicted to change. Amazing work is being done by some of the reward practitioners REBA has been talking to, especially where they’re working closer with talent teams and business heads to rethink career paths, reskilling for the future to revaluating spend on
pensions and other benefits.

Pay reviews, increases and pay periods are changing, as is the shape of financial wellbeing spend and the type of benefits coming into packages. Group insurers are being challenged to be more inclusive on what is covered in policies as is benefits by pay grade, which can also lead to particular genders and ethnicities being excluded. Each change may seem relatively small, but in an industry where benefits have been fairly stable for decades, collectively I foresee huge reshaping over the coming decade. 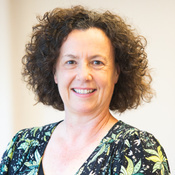 3 tips for staying competitive in the pay race

In times of inflation-led salary change, accurate and up to date benchmarking data is needed to attract and retain staff

With inflation soaring, any pay boosts need to be seen as fair, but there are other ways of helping cash-strapped workers

Top 10 stories from this week: Firms pressured to put their money where their mouth is

As the phrase ‘cost of living’ becomes a household saying, people are increasingly looking to their employer to help find solutions to mounting financial worries

Top 10 stories from this week: should flexible working come at a price?

Law firm Stephenson Harwood has announced that employees who chose to work from home permanently can only do so with a 20% pay cut, a move that has caused controversy and sparked debate around pay and benefits.