Menopause in the workplace: have we reached a turning point?

The last five years have seen many positive changes for working women who are experiencing menopause, but we still have a long way to go. 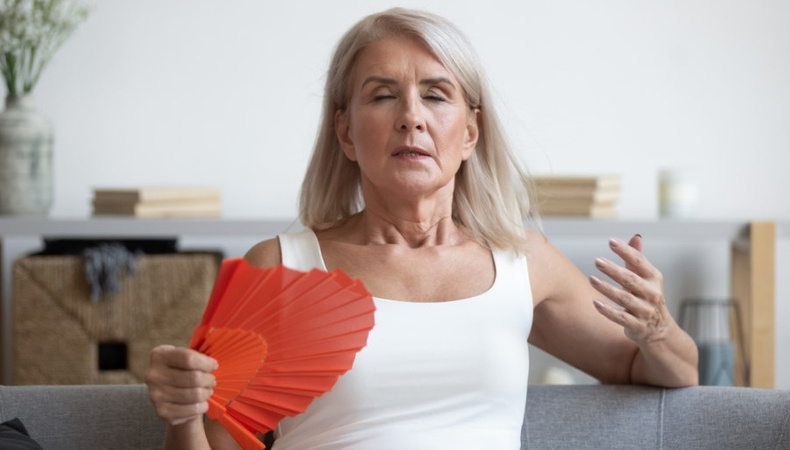 Women make up nearly half of the UK workforce, but around 900,000 have quit their jobs because of the menopause, according to 2019 research by Bupa.

To mark World Menopause Day on Monday 18 October, Kathy Abernethy, director of menopause services at Peppy and past chair of the British Menopause Society, reflects on why now is a crucial time for menopause support.

It was recently announced that clothing brand ASOS offers flexible work and paid leave during the menopause. Other high-profile companies that offer their employees support and flexibility during the menopause include Vodafone, Aviva, Santander and Marsh McLellan.

“Knowing that your employer will support you through the menopause has become a priority for women, where before it was virtually unheard of. Companies need to be seen to offer this support so they can attract and retain staff. It also influences other companies to raise their game when it comes to offering staff this kind of employee benefit” says Abernethy.

Menopause policies have become more normalised and personalised support is a powerful tool in preventing attrition of female talent.

“Having a menopause policy was rare five years ago,” says Abernethy. “There were hardly any companies that had one formalised, whereas now it's unusual if they're not thinking about introducing one. For smaller companies, menopause guidance may be better, as it puts in place a pathway that’s much easier and faster to implement.”

Women no longer need to suffer alone and in silence. “If employers can put in place personalised support it can really help them while making that transition through the menopause.”

Personalised support can, quite literally, be ‘life-changing’ for employees. “We're not only addressing their menopause symptoms, but also pointing them to places and people that can support them in other ways they may need at this time of change” says Abernethy.

Increasingly, employers are being encouraged to raise their menopause game – and various accreditations have launched that help them prove their commitment to supporting menopause in the workplace.

Abernethy sits on an independent panel called Menopause Friendly Accreditation. “It has been convened by Henpicked: Menopause In The Workplace, to assess applications from companies for menopause-friendly accreditation,” says Abernethy. “Organisations have to meet certain criteria under five categories to receive accreditation.”

First Direct and M&S Bank are amongst the first employers to have been recognised.

There’s also The Menopause Workplace Pledge, launched by Wellbeing of Women. “Companies sign up to show that they’re serious about supporting their employees through the menopause. What’s positive is that lots of companies are not just doing it but talking about it, so it’s becoming normalised,” adds Abernethy.

Thanks to high profile coverage of the menopause, women themselves are being much more proactive about getting menopause support.

“Davina McCall’s menopause programme on Channel 4 had a huge impact, as did the previous one presented by Mariella Frostrup. As a result of these shows and the new books, podcasts and digital platforms about the menopause, women know they don't need to just put up with the menopause and that there is help available,” says Abernethy.

In time for this year’s World Menopause Day, Louise Minchin is fronting a special programme about menopause, featuring some of the employers and employee wellbeing solutions at the forefront of workplace menopause support.

The Government is taking notice

MPs are rallying around and making the menopause a lobbying issue. “We've got the first Menopause and Support Services members’ bill coming to stage two at the end of October,” says Abernethy. As well as this, the All-Party Parliamentary Group on Menopause now exists to tackle menopause issues.

“Until recently, that just wouldn’t have happened. Female MPs have been Tweeting about their own menopause symptoms, which would have been unheard of five years ago. It’s almost as if permission has now been given to speak up and make this issue of menopause as important and normalised as it should be,” adds Abernethy.

Menopause is on the school curriculum

In the past, children learned about puberty, safe sex and pregnancy, but the menopause was never mentioned. “Now, it’s become part of sex education in schools. Children will understand what their mums are going through and will know for their future selves that menopause is part of life,” says Abernethy.

But, we still have a long way to go

Inconsistent support across the UK

It's still a bit of a postcode lottery when it comes to the support you get on the NHS. “It’s improving and there are pockets of absolute excellence, and I don't think it's fair to criticise GPs as some are offering amazing help and advice, but that is not always the case.

“Some women are prescribed antidepressants when they need menopause help, or they are told by their GP, ‘This is just normal, so you just have to get on with it’. This is a real shame and hopefully will improve,” says Abernethy.

“Unless you are lucky with your GP or have access to personalised support through your employer, it's often difficult to get information that's actually relevant to you as an individual. Of course, you can search the internet and get broad information which, if you search well, might be accurate. But it's very difficult to apply that to yourself and say OK, these are the general risks, but what are my risks?” says Kathy.

Medication is not free

Those in England still have to pay for their HRT prescriptions, even if they're young.

“One in 100 women experience menopause under the age of 40. If those people are prescribed HRT, they’ll be on it for a long time – until midlife or longer,” explains Abernethy. “They still have to pay for their prescriptions, whereas treatments for other hormonal conditions like thyroid disorders, you get free. This is part of the Menopause Support Bill that MPs are lobbying for.”

“I think there's a lot of sensationalism around the menopause. People talk about HRT as if it’s the only solution, but it’s not,” says Abernethy.

“For some women, HRT is not suitable, not needed and not wanted. The subject has become polarised – you’re either pro HRT or anti HRT and there should be a middle line. It would be great to have a really informed debate about all aspects of menopause, so people experiencing menopause could clearly understand their different options.”

Whilst for many women HRT really can improve their lives, they are not always informed of the fact that there can be side effects if you take HRT and it can need adjusting to get the right one for you.

“It’s important not to see HRT as an overnight wonder drug. Side effects can occur and it may cause bleeding problems. If you get unscheduled bleeding you end up going down the route of investigation which can be painful and uncomfortable,” explains Abernethy.

“For some, if you have no menopausal symptoms, you're in good health and are proactively  looking after yourself, and perhaps you've been blessed with good genes and so family health risks are low, then actually you may not benefit significantly from HRT.” This should be discussed too.

Other women’s health topics can be ignored

Broadly, it can only be positive that the menopause is finally in the spotlight. But what about the other female issues like heavy menstrual bleeding, bladder symptoms and endometriosis?

“These are still not being discussed – in our experience at Peppy, fertility is even more of a taboo topic for employers than menopause. It’s important that these subjects don’t get forgotten or ignored,” says Abernethy.

Perhaps, in the same way as we have seen attitudes towards mental health transform in recent years, menopause will become a gateway to society and workplaces talking more openly about women’s health conditions in general.

Great strides have been taken in normalising the conversation around the menopause, and with every year that passes, women are getting more support and understanding from their employers. But, when it comes to raising the bar on consistency and standards of menopause support, there is still a long way to go.

This article is provided by Peppy.

To find out more about how menopause support can positively impact your workplace, watch this video from Kathy Abernethy.

In partnership with Peppy

REBA Inside Track: Wellbeing benefits: a help or hinderance to DEI?

Workplace menopause support has been hitting headlines more frequently, and it would seem to the casual observer that the taboo surrounding this subject is finally over.

Laura Hocking of Adobe on menopause support and inclusivity

Laura Hocking, EMEA physical wellbeing programme manager at Adobe, speaks with REBA’s director Debi O’Donovan, about its journey to better support those experiencing menopause and why it is so important to the organisation.

For many employees, starting a family is a lifelong dream and expectation. But the realities of trying to start or grow a family with the help of fertility treatment can be more complex – and costly.