A lot has been written in the news lately about workers asking for pay rises that match inflation. Inflation is at a 40-year high, and with rising costs of living compounding this problem, many people are struggling financially.

Until recently, inflation was low for a long time. From 2018 to 2021, the average annual inflation rate was just under 2% compared with more than 11% in October 2022. Many organisations used these low numbers to justify setting an equally low budget for pay increases. Which makes sense, on the face of it.

With a range of numbers to choose from, what many organisations and unions did was simply pick the number that fit their preferred narrative – the lowest or the highest.

But now, inflation is higher than ever. And after years of being told that pay increases were low because inflation was low, unions and employees now feel that it’s payback time. Unfortunately, 11% pay increases are simply not affordable for most companies.

We need to stop using inflation alone to justify pay decisions. Before we even think about inflation, we need to ask ourselves whether our employees are earning the right salaries to begin with.

If salaries are too low, they should receive more than an inflationary increase. And if they are too high, no increase is necessary at all.

If we only look at inflation we’re just compounding the problem. Basing pay rises solely on inflation is like having one skinny cat and one fat cat and feeding them both an extra sardine per day. The skinny cat probably needs more, while the fat cat was well-fed already.

A better alternative is to invest in robust pay benchmarking to ensure salaries are aligned with the external market. Because if our starting point is wrong, inflation is irrelevant.

On top of that, we need to think more broadly about how and why pay decisions are made, developing reward principles that define our approach – and communicate these clearly to employees. 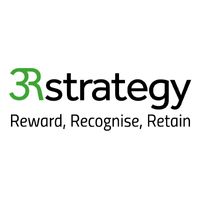