Inequitable organisations and the role of CEO pay ratios

With the recent explosion of environmental, social and governance (ESG) matters, there is significant pressure on corporations and their remuneration committees to build compensation policies that are sustainable. It is also important that responsible reward strategies support a sense of purpose in the workplace and the wider corporate world. 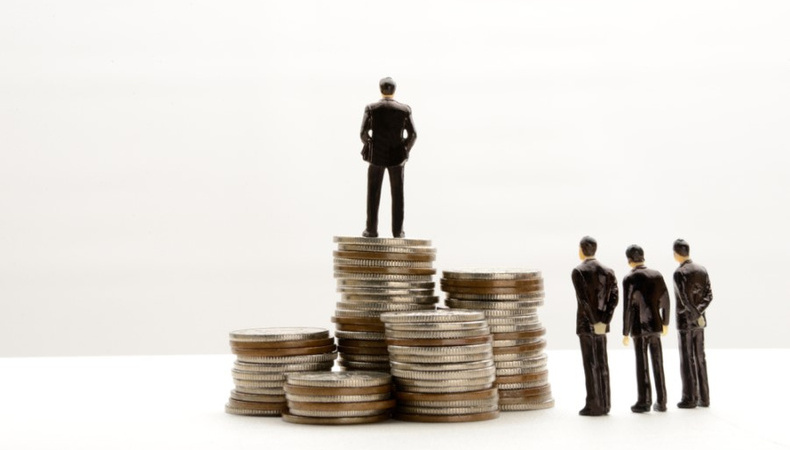 To achieve the UN’s sustainable goal on curbing inequalities, we need to realise that plummeting disparities and ensuring that people are not left behind are integral to corporate compensation policies.

Disparity within and among republics is a tenacious cause for alarm. There have been some positive strides achieved in reducing inequality such as increased minimum income in certain jurisdictions, however inequality persists in multiple countries.

What cannot also be ignored is the recent pandemic that the world finds itself engulfed in. Covid-19 has exacerbated existing inequalities, by hitting the most vulnerable and poorest communities. The pandemic has shed a bright light on economic inequalities and has led to a mass increase in global unemployment. Most employees also endured a hit on their incomes when their compensation fell.

CEO pay to employee ratio in some European countries

In the UK and France there have been regulations introduced to mandate disclosure of CEO pay ratios. In the UK, under the new reporting requirement, issuers with more than 250 employees have been given three methodology options to choose from to report their CEO pay ratios.

Our data and analysis suggest that option A remains the most frequently used. Under option A, issuers are required to disclose their CEO pay ratio to their UK employees at the 25th, 50th and 75th percentiles. However, for options B and C, instead of calculating the total remuneration for all the company’s employees, it allows the possibility to use a gender pay data (option B) or any other metric (option C) to define three UK employees at the 25th, median and 75th percentiles.

In France, pay regulations have been strengthened to mandate issuers and their Remuneration Committees to disclose employees’ average and median compensation in comparison with the compensations of their senior executives such as the CEO.

In Finland, the SRD II has strengthened pay regulation and issuers are now disclosing five-years’ compensation of the CEO in comparison to their average employees’ pay.

The increasing unequal growth of CEO pay in large firms relative to typical workers’ pay has been well recognised. The very touchy topic of excessive CEO pay ratio and its inequality is important as it usually sends a signal that money is being kept in the hands of a small group of individuals. This affects pay structures throughout the corporation and the economy as a whole.

There are even broader issues associated with high CEO pay ratios as they have the potential to have a spill over effect on the larger labour market. As executives’ pay keeps on soaring, there is pressure on Remuneration Committees (Remcos) to be at the mercy of these executives if they want to hire and retain talent. In essence, it increases the bargaining power of these executives.

By utilising our compensation and governance intel, we can see the trends in CEO pay ratios in countries sampled such as France, the UK and Finland. The data suggests that the CEO pay ratio has dwindled in all three countries from 2019 to 2020. The UK, however, remains the country with the highest CEO pay ratio in 2020.

Inequalities on the global front are gradually deepening for vulnerable populations in countries with weaker policies and by extension corporate governance. Corporations can help to reduce this menace by ensuring that their remuneration policies are structured with a long-term focus that also addresses pay gaps.

Reward professionals need to balance global efficiency and effectiveness with the broader, bigger need for transition towards a more sustainable future

The reputational risks of ignoring ESG in pension investment

Where your pension fund invests will become an issue that you need to pay attention to - for new business, reputational risk and for your employees

Why you need to ensure your pension scheme is ESG-friendly

Crawford & Company has always looked at ways to develop its sustainability programme in line with our most significant community and environmental impacts, taking some of the best ideas from our people.

Don’t forget ESG and DEI in your global rewards strategy

Companies need to stay current and attuned to their employees’ needs, enabling them to design and deliver forward-thinking rewards and benefits

How E.ON is building an inherently sustainable business

Sustainability is at the core of E.ON’s strategy and we have set ambitious targets covering areas including carbon emissions. We are further integrating ESG considerations into all our processes.