REBA inside track
by Maggie Williams

REBA Inside Track: Reward and benefits through the jubilee generations 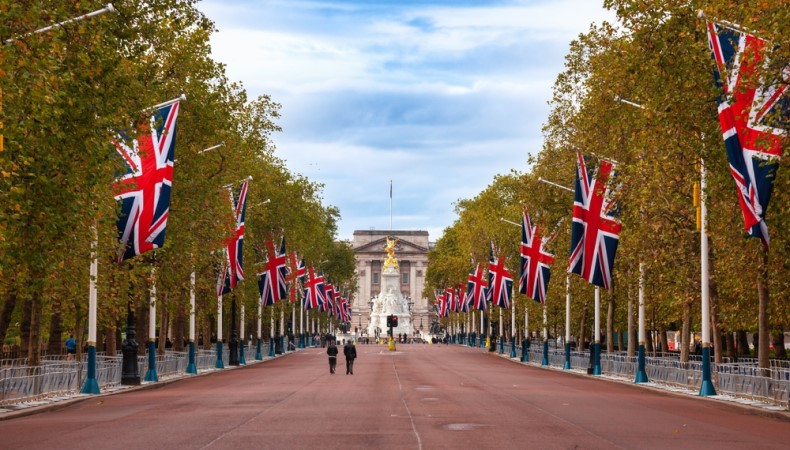 The Union Jack bunting has now been consigned to the cupboard, and the secret contents of the Queen’s handbag are common knowledge.

But the Platinum Jubilee, along with its Silver, Gold and Diamond predecessors will continue to be touchstones that even the most republican-minded will use as positioning points in our lives.

From a business perspective, the Jubilees are also interesting markers for exploring the different generations in the workforce.

For the most part, those born in 1952 Coronation year will now have left the workforce, although around half a million are still working. This group are more wealthy than any generation before them. They have average household incomes higher than the UK as a whole – and incomes often greater than when they were working.

Generous defined benefit pension schemes are one of the main drivers of that wealth – and are a source of income that will support this generation throughout the rest of their lives. Those lives are long, with life expectancy for men at 86 and women 88.

Employees born in 1977, the Silver Jubilee year, are mid-career, but perhaps starting to turn their attention to retirement. The 35 to 49 age group has the highest employment rate of any age group, with 85.5% employed in March 2022. Men’s and women’s median earnings peak in their mid-40s, so many in this group will currently be at the height of their earnings potential.

This group are most likely to be balancing working and caring, with 16% of women aged 45 to 54 and 10% of men in that age group providing informal (i.e. unpaid) care, independent of parenting. More than a third of all informal carers are also in full-time work (45% of male carers and 31% of female).

However, as we’ve seen in our DEI benefits research, at present just 6% of employers say they have enhanced the career prospects of parents or carers – although 58% are currently addressing this.

Silver jubilee babies bear some of the scars of past workforce practices. This is a group affected by sizeable gender pay gaps – significantly more so than for younger workers. In 2021, for ages 40 to 49 the gap was 12.3%, compared to 0.9% for 22 to 29 year olds.

With a State Pension Age of 67 for both men and women, they should expect to have a longer working life than their Coronation counterparts. And while this group will have benefitted from the introduction of auto-enrolment from 2012 onwards, if they’ve saved at legal minimum contributions alone, it’s unlikely they will have had time to build a comfortable nest-egg, unless they’ve made additional contributions or other savings. Just over half (56%) of this age group say that they have sufficient savings to last more than three months.

They will also need to wait until they are 57 (rather than the current 55) before they are able to access their pension pots. Unlike the Coronation generation, very few will have any form of defined benefit pension, and defined contribution will be the norm.

This age group’s retirement may look different from some of its predecessors. Previous generations might have expected to have bought their own home and paid off the mortgage by the time they reach retirement. However, for those born in the late seventies and early eighties, there’s been an increase in private sector renting as opposed to home ownership. In 2010/11, 18% of 35 to 44 year olds were renting; in 2020/21 that figure was 26%.

When it comes to wellbeing, it seems that 45-year-olds are in better shape than their younger counterparts. Just 27% of those aged 45 to 54 say that they, or someone close to them, experienced a physical health issue within the last 12 months, compared to 38% of 35 to 44 year olds (although rates of serious age-related illnesses such as heart disease are likely to be higher). Mental health issues also seem to recede, with 49% reporting a mental health concern, compared to 63% for 35-44 year olds.

The Golden Jubilee generation, now aged 20, have entered the workforce at one of the most difficult times in history. Some will have had to start their career online from home during the Covid-19 lockdown, and may only now be starting to venture into the physical workplace. Others will have experienced the impact of being furloughed from a first job.

Despite this, by historical standards, unemployment is low for those aged 16 to 24. However, the number of people aged 18-24 who are claiming unemployment benefits is still higher than pre-pandemic.

Office for National Statistics figures show that 56% of adults aged between 20 and 24 still live with their parents (compared to 45% in 2011). Soaring inflation, together with housing costs, suggest that won’t change in the near future.

Even younger workers in more secure employment won’t yet be eligible for pension savings through auto-enrolment. Despite a bill in Parliament at the beginning of the year putting pressure on the government to reduce the minimum age to 18, change is a long time coming – and would be a costly addition for businesses under pressure in the current environment. Think tank Onward estimated that reducing the age to 18 would mean £20,267 more in pension savings over a lifetime.

More positively, this generation will have almost a whole working lifetime of being auto-enrolled, which, even at current minimums, should enable them to create a credible retirement pot by the time they reach a state retirement age. That could be 70 or older for this group.

Employers have the opportunity to make a major difference for this age group’s long-term financial wellbeing by helping them from the start of their careers to build good financial habits. New ways of money management that benefit from fintech initiatives such as OpenFinance, as well as initiatives such as the pensions dashboard should help this group to feel more in control of their finances.

This generation also has the opportunity to improve career prospects and balance up pay for women, through better understanding of earnings patterns related to caring and parenting – as well as encouraging better take-up of shared parental leave. In our DEI report, 75% of respondents said that they want to improve the career prospects of women in the future.

However, mental wellbeing is a major issue, with 85% of 16 to 24 year olds saying that they, or someone they know, has experienced mental health problems compared to an average of 62% for all age groups.

Many organisations have pledged to become net-zero by 2050, when this age group will be 48. The success or otherwise of those pledges will continue to reshape business practices and contribute to changing skills needs over the entire course of the Golden generation’s careers. Continuous learning and upskilling are likely to become more important – if not expected by – this age group and the value of learning and development as a benefit could become more significant.

At just 10 years old, this group are a long way from joining the workforce themselves but are still indirectly affected by reward and benefits practices. Extending benefits, especially health and insurances, to family members will mean that more children will receive help should they fall ill, and some providers are starting to consider factors such as diagnosis for neurodiverse conditions within their family benefits offerings.

Employers also have a key role to play in supporting their parents and enabling them to balance caring roles alongside work responsibilities. Addressing cost and availability of childcare is a major issue for working parents, which will continue to have a knock-on effect on their families.

Links between education and work life are already under debate, with many calling for compulsory personal finance skills in schools to help equip employees with the skills they need for financial resilience in their working lives. The Money and Pension Service’s UK strategy aims to ensure that 6.8m children will fulfil its criteria for having meaningful financial education by 2030 (compared to 4.8m in 2020) – providing a sounder basis for future financial matters.

The role of technology in this generation’s lives will eclipse even that of the Golden generation.  Digital health will reshape the way that our health is measured, monitored and treated, with the potential for personalised treatments offering better survival rates, longer lifespans – and with them longer working lives.

But what will those working lives look like? Could we see universal income introduced as the size, nature and demand for human employees ebbs and flows? With experiments already under way into the effectiveness of four-day weeks, could the entire concept of a rigid working day and working week be blown away by the time today’s 10-year-olds start work? With better data, will the emphasis from employers shift from the ‘input’ of time to the ‘output’ of productivity?

Even more than for the previous generation, by the time this group reaches the workplace, the role of employers as guardians of the environment will be centre-stage, driven by a combination of pressure from investors and government initiatives.

As for those born this year – the Platinum Jubilee generation – the blank sheet of paper will need to be the subject of another, different blog.  But I’ll unsettle you all by saying that, if this generation reach the Queen’s current age of 96, they’ll do so in 2118.

REBA Inside Track: Can reward and benefits stem the over-50s employee exodus?

Why have older workers fallen out of love with work? And how can reward and benefits help?

Criticism from Conservative MP Jacob Rees-Mogg of civil service diversity officers, who he described as “by the woke, for the woke” raises an interesting point on collaboration across organisations when it comes to diversity

"If your benefits don’t deliver on your big company statements on DEI there’s a breach of trust, because there’s a gap between what you say you are and what you really are," she says

Elevating the employee experience through DEI to drive engagement, satisfaction and culture change

Case study: MACE on the journey to gender-inclusive healthcare

Max Landry, Co-CEO at Peppy is joined by Mandy Willis, Group Board Director of Corporate Strategy at Mace Group, at the Employee Wellbeing Congress 2022