The Rewards Report, commissioned by incentive and reward experts Red Letter Days For Business, was conducted to analyse how, what, and why rewards were given in the workplace to predict future trends and understand the impact employee recognition had on motivation, productivity and engagement levels in the UK last year.

Rewards do motivate: 82% of employees who were motivated last year received some form recognition for a job well done Rewards do not instantly engage disengaged staff, but make engaged employees feel valued and motivated. 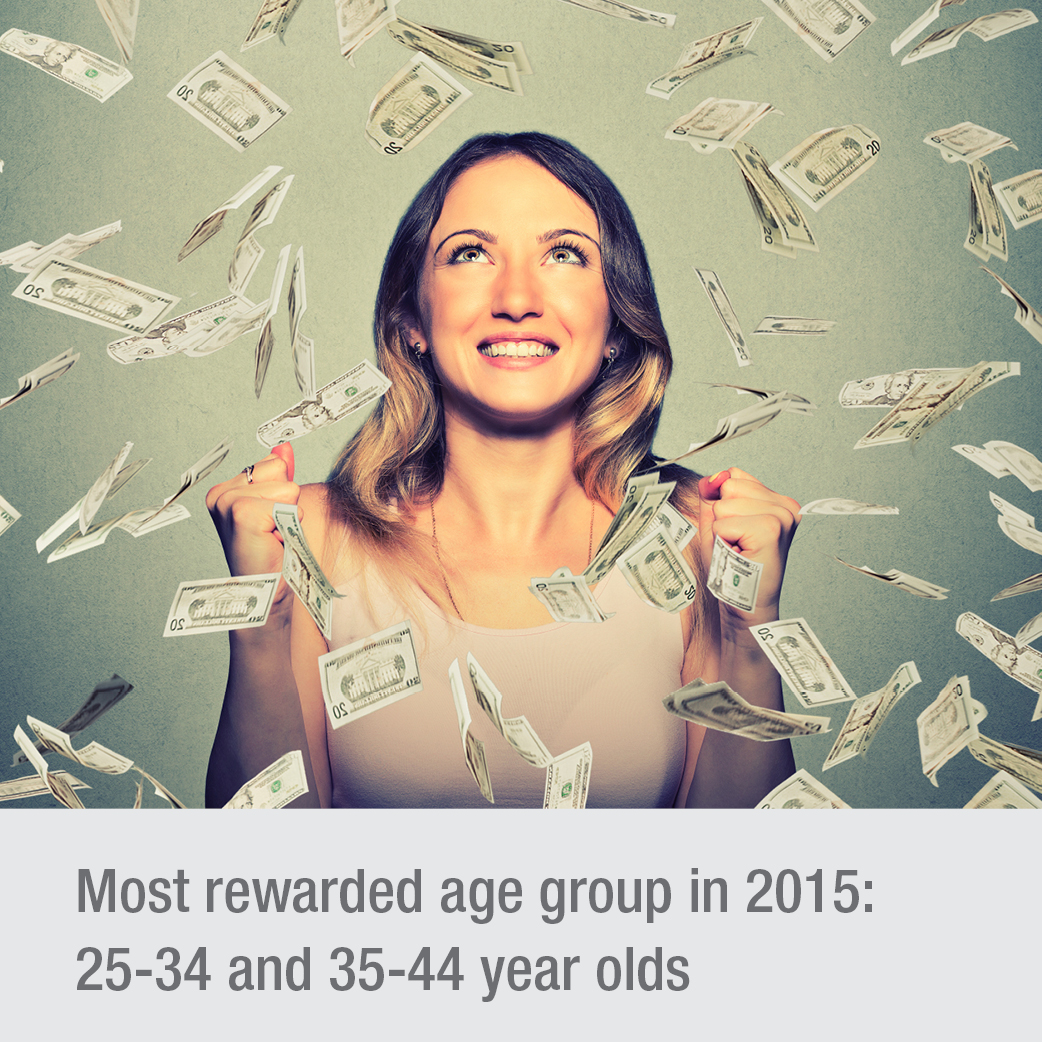 The Rewards Report, commissioned by incentive and reward experts Red Letter Days For Business, was conducted to analyse how, what, and why rewards were given in the workplace to predict future trends and understand the impact employee recognition had on motivation, productivity and engagement levels in the UK last year.

Bill Alexander, CEO at Red Letter Days For Business says: “There’s always going to be a small percentage of each age group that does not receive a reward from their employer due to various reasons, such as staff members not performing. However, as soon as this percentage reaches above 30% alarm bells start ringing. The statistics show it’s more likely the employer is not recognising their workforce for a job well done, rather than the employee is not doing good job.

“Organisations nurturing and investing in young talent should be even more vigilant at recognising staff to retain them within the business. If your business isn’t making these employees feel valued, they’ll likely take their talent to your competitor who has a programme in place to show their appreciation.”

London came out on top as the most rewarding region in the country with 71% of employees from the city saying ‘yes’ they were rewarded in 2015. Scotland and East Anglia both hold the bottom position as the least rewarding regions with 43% of staff saying ‘no’ they didn’t receive some form of recognition last year. 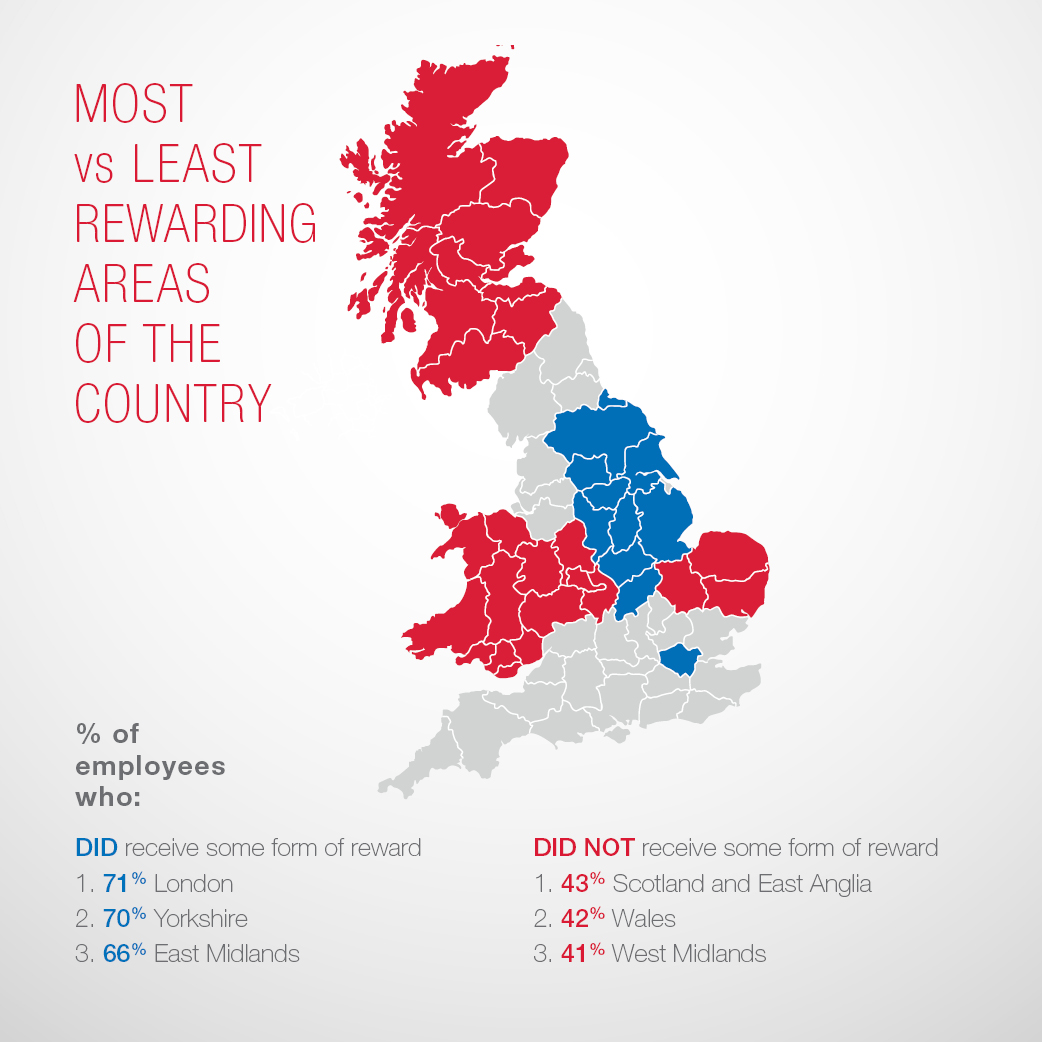 How rewards impact motivation and engagement in the workplace

‘The Rewards Report’ reveals staff who are recognised for their work are much more likely to be motivated:

“It will always be difficult to determine whether rewards engage staff because highly engaged employees are more likely to work harder and therefore receive rewards,” says Bill Alexander.

When rewarded employees were asked how the recognition made them feel 38% said ‘valued’ and 26% said ‘motivated’ – however, 16% said ‘nothing’.

“Interestingly, the employees who said they felt ‘nothing’ when they received a reward also said they were disengaged at work. In comparison, the staff who said rewards made them feel ‘valued’ and ‘motivated’ most of these people had high levels of engagement. It shows us that dangling carrots in front of disengaged staff is not going to instantly make them engaged. Rewards should be used to maintain engagement, not engage people in the first place,” continues Bill Alexander. 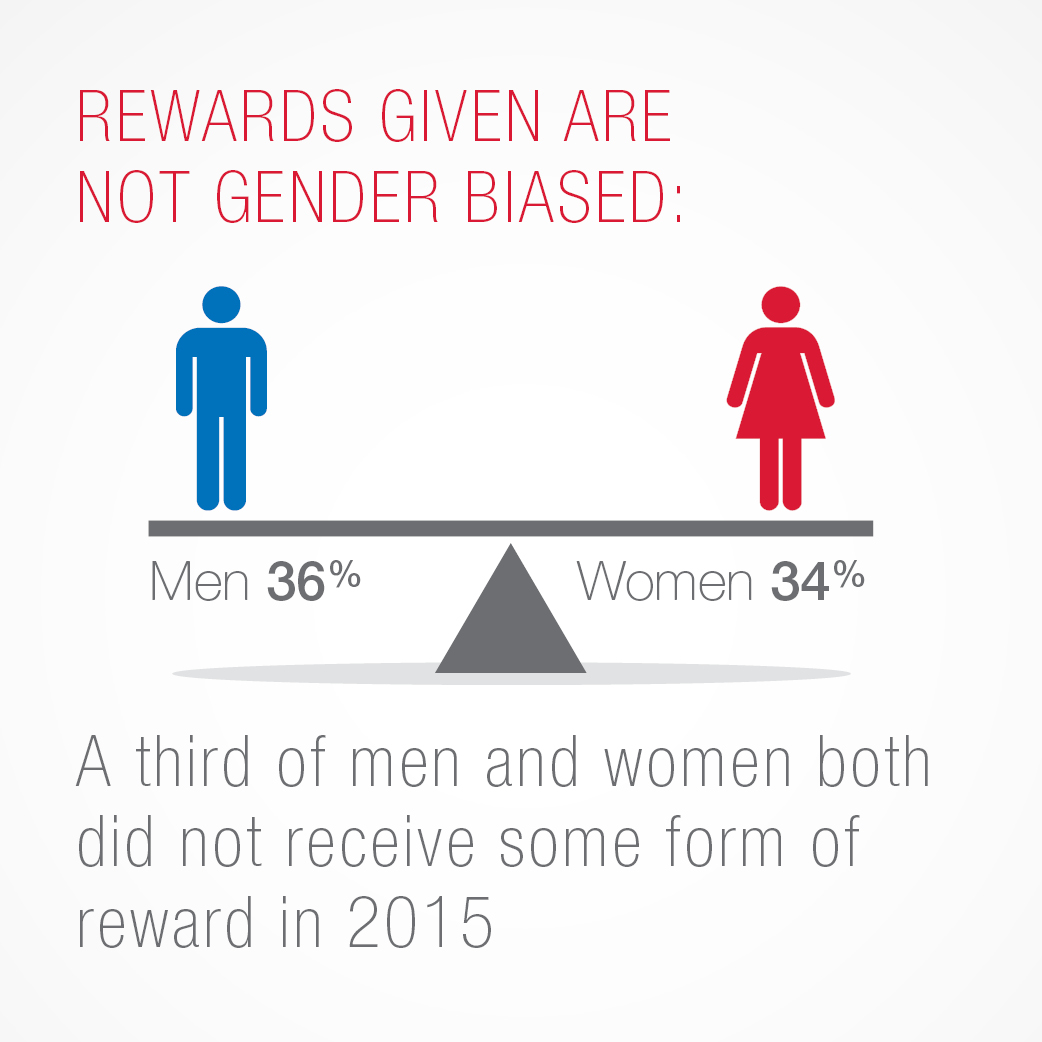 Finally, the burning question from many HR departments is what rewards will have the biggest positive impact. ‘The Rewards Report’ reveals the top five rewards highly engaged employees received in 2015 were: 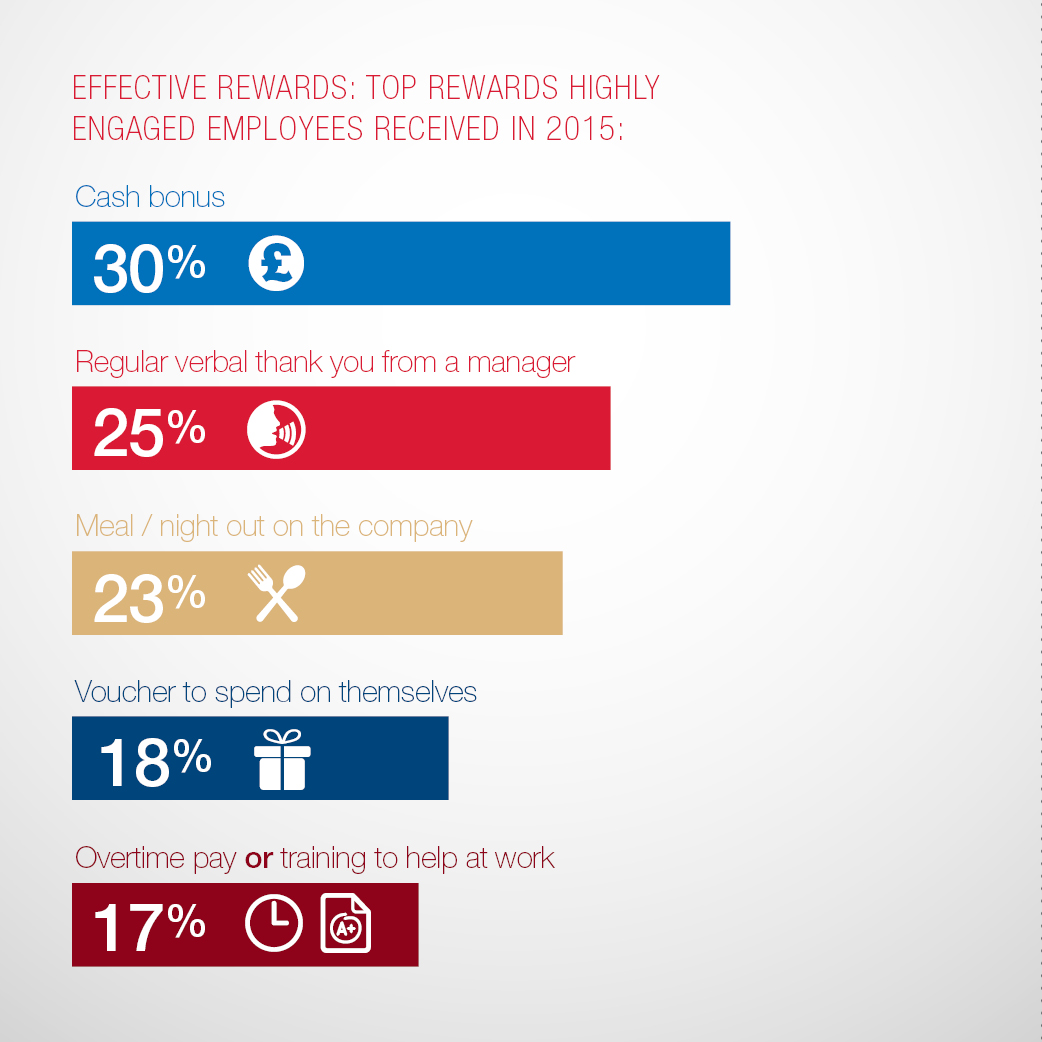 “Apart from cash bonus and overtime pay, all of these rewards will create memories with employees and will no doubt hold some meaning. It shows a regular thank you from a manager is an effective tool to keep staff engaged and driven too. Businesses can get caught up in budget constraints which stops them launching recognition programmes, however we must realise that a thank you is free – and something every employer can launch tomorrow,” finishes Bill Alexander.

Reward professionals need to balance global efficiency and effectiveness with the broader, bigger need for transition towards a more sustainable future

How to develop equitable recognition incentives for your global workforce

With the cost of living crisis affecting nations differently, it’s important to ensure employees in worldwide locations get an equal slice of motivation incentives

Why a round of applause is still worth more than money

While fair pay is vital, it won’t by itself ensure your employees stick around and engage with their work

Top 10 stories from this week: extended statutory paternity leave and pay is essential

Top tips for retaining staff during the Great Resignation

While the pandemic initiated a fleeting period of uncertainty in the job market, we’re now seeing the dial turn 360 degrees, with the number of job vacancies skyrocketing since mid-2021.

3 ways to make recognition the best reward of all