The links between gender, pay and employee happiness

As we all know, the gender pay gap is an equality measure that shows the difference in average earnings between women and men. Unfortunately, overall, not much has changed with the second round of reporting now done. The summary of reported gender pay data by the Government Equalities Office revealed that 78% of companies still have a pay gap in favour of men, while 14% favoured women – pretty much the same result as 2018. 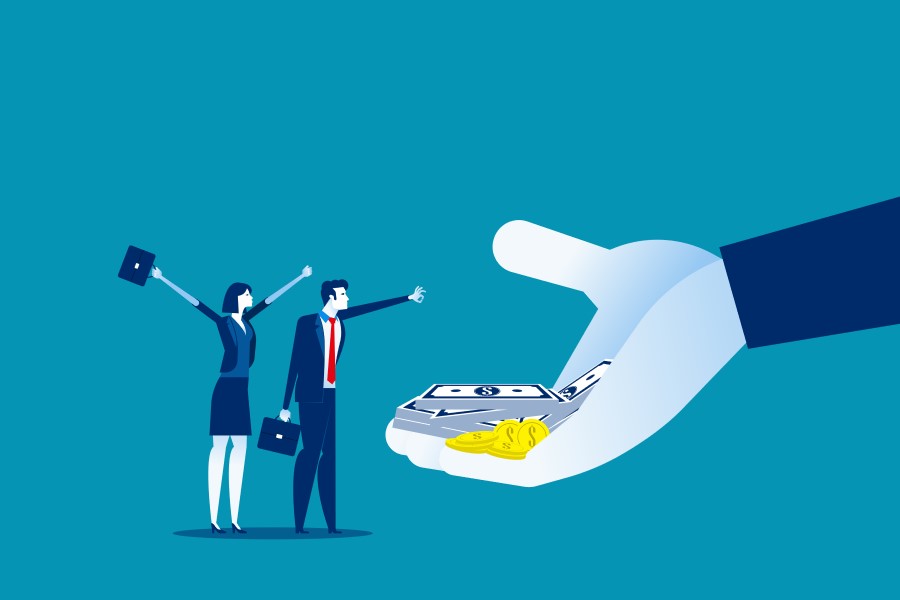 Although you may have already begun the process of introducing strategies to reduce any pay gap within your organisation, there is something that you have probably missed – something that we think is integral to company success – workplace happiness. And our recent Happiness at Work research shows that there is a substantial workplace happiness gap when it comes to gender, but not skewed in the way you may think.

Happiness levels in the UK workforce

Our research surveyed more than 1,200 UK employees about their happiness, enthusiasm, pride and efficiency at work. The results demonstrated a significant gap in the workplace happiness between men and women across the UK. Contrary to, and perhaps in spite of, the gender pay gap tending to favour men, happiness at work tends to fall in favour of female staff: that is to say, men are much less happy in the workplace than their female counterparts. Although 75% of pay as you earn female employees are happy at work at least some of the time, the figure is only 68% for men. This means, in 2019, almost one in three men are rarely or never happy at work.

The case is similar when looking at the total workforce in 2019: 45% of female staff stated that they’re happy most of the time at work, versus only 35% of male staff. Among women, the 30–49-year-old age group is the unhappiest, which may be due to juggling family life alongside working commitments. So, it seems that, despite being paid significantly less on average than men, women are still happier in the workplace. Women over 50 seem to be the happiest demographic in the workplace, with almost half (48%) stating that they would describe themselves as happy often or most of the time. However, men appear to be unhappy at work irrespective of age, with one in three across all age ranges never or rarely feeling happy at work. Just under half (45%) of female staff are happy often or happy most of the time, compared with only 35% of their male co-workers.

The research also found that enthusiasm at work increases with seniority for both genders, but in a similar way that the gender pay gap compounds as an employee’s career progresses – so too does the enthusiasm gap. 36% of frontline female employees reported feeling enthusiastic about work often/most of the time versus only 27% of male frontline employees. By the time women reach the top of their organisation, as directors or company owners, 88% are enthusiastic about their job often/most of the time, versus only 44% of male company owners and directors.

There are several factors that could be causing the gender happiness gap, and many of them overlap with those already identified as contributing to the gender pay gap. Could the same reasons women are paid less be the cause of men’s workplace unhappiness?

Women often end up employed in sectors that offer a narrower scope for financial reward, and the highest paying sectors are currently disproportionately made up of male employees. In our 2019 survey, we found happiness levels for senior managers and department heads varied greatly by gender. 88% of female company owners and directors would describe themselves as happy at work at least some of the time, versus only 50% of male directors and company owners. With more men in these positions than there are women, the 33% of male company owners and directors who said they are never happy at work makes up a large proportion of the UK’s senior management.

Due to societal pressures, and the lack of companies offering enhanced shared parental leave, women are often expected to be the primary carer of their children with men having to use annual leave to supplement the two weeks paternity leave they receive at the birth of their child. Career progression for each gender varies greatly after having children. Hays UK Gender Diversity Report (2017) found that men were more than twice as likely to be promoted following having children compared to women. 79% of men either retained their current role or moved into a more senior one after having children, whereas almost a third of women (31%) took a part-time role or moved a lower pay grade.

Interestingly, while women are happier in the workplace, they have become increasingly more dissatisfied with their lives outside of work. The pressure to be the primary caregiver could also be a contributing factor to their declining happiness outside of the workplace, which would inversely affect their happiness while at work.

Women make up 47% of the workforce, but only 35% of managers, directors and senior officials. Only 6% of FTSE 100 CEOs are women and they earn on average 77% less than their FTSE 100 male counterparts. To illustrate the gender disparity, in 2016 there were more FTSE 100 CEOs named David than there were female CEOs. This disparity is not always a conscious act, but assumptions that women won’t want to accept a promotion, or are unable to do so, as it will interfere with their home life, can result in them being overlooked when the opportunity for promotion arises. This means that men have a larger number of role models in senior positions, however, this may also be a contributing factor to their unhappiness at work. They would be more likely to compare themselves to other men in the company who hold positions such as manager, director or CEO, which could lower their sense of self-worth.

While women supposedly achieved equal pay in 1970, with the act later being absorbed by the 2010 equality act, if we continue at the current pace, the World Economic Forum believes the gender pay gap won’t be eradicated until 2235.

This article is provided by Personal Group.

In partnership with Personal Group

3 ways to heighten the employee experience by meeting psychological needs

The great resignation: how to hold onto your staff by keeping them engaged

Recent reports into the great resignation suggest as many as a quarter of us are intending to leave our jobs within the next six months, and resignation rates are already at their highest since 2009. The financial impact of this mass exodus could be enormous, with the average cost of employee turnover in those earning over £25,000 a year estimated to be £30,614.

REBA Inside Track: How employers are transforming engagement, reward and recognition

As businesses adapt to new models of working and shifting employee needs, employee engagement, reward and recognition strategies must also change if they are to remain relevant. In 2021, REBA explored these shifts in our Transforming Engagement series of three research reports, together with Mercer Marsh Benefits.

Employee engagement can be hard to measure. Research suggests organisations are moving towards a more specific, easier to define alternative metric: great work.

We do naturally see ebbs and flows in pay movement and what feels heightened now will in time be part of a wave.