How do you get nearly a quarter of an onsite workforce to discuss their wellbeing issues and seek the support they need? Ruth Pott, head of workplace wellbeing, and her team at BAM Nuttall, may have stumbled across the answer, and it is surprisingly simple but hugely effective. 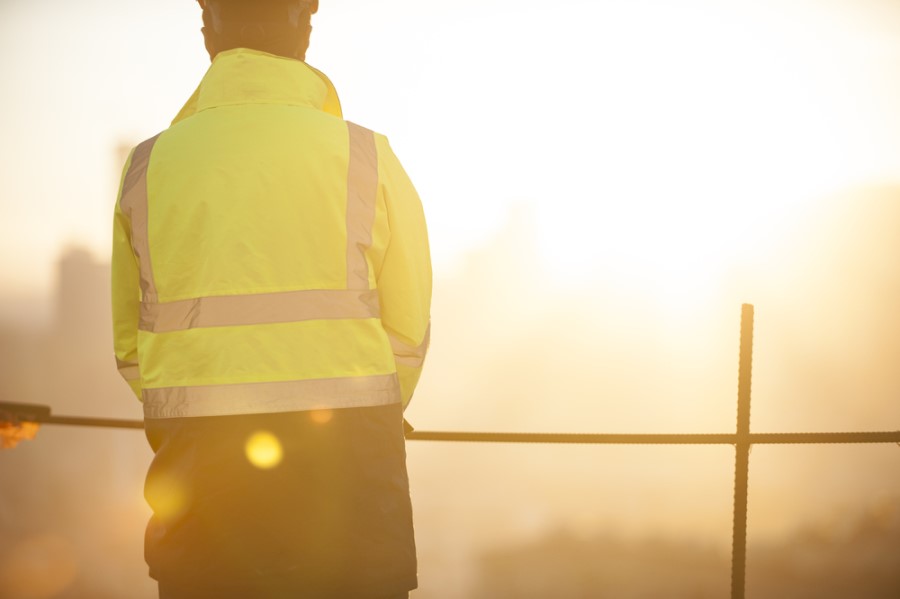 The construction and civil engineering company has a predominately male workforce,  with many of its employees working on temporary sites across the country. Communicating and engaging employees with wellbeing is always a challenge, says Potts, given that they have limited access to computers and are often not permitted to use their mobile phones while at work for safety reasons.

As such, much of the engagement with wellbeing relies on managers’ training, as well as toolbox talks - a short presentation to the workforce on a single aspect of health and safety – to normalise conversations around wellbeing and other traditional forms of communication such as posters.

However, one idea two years ago helped to really transform employee wellbeing onsite.

“Wellbeing rooms were originally created within our highways division. This time two years ago we had a safety advisor who was very committed and dedicated to wellbeing, and she asked the project director whether she could better utilise a space [a portacabin], which was just being used as a store room,” explains Pott.

“He agreed and she was given a modest budget of £1,000 to go to Ikea to get a couple of sofas, bookcase, coffee table, kettle etc. to make it look like a nice, welcoming, informal room.

“Although the space wasn’t used as an office, it did have a desk which our safety advisor used when she was writing up safety reports, which enabled her to be available to anyone who wanted to talk.

“What we found in practice is that people would come and talk about something to do with safety or to have a general chat, and the conversation would then turn to…‘while I’m here, can I just talk to you about such and such’,” says Pott.

Anonymous and confidential records were kept, which soon highlighted that the facility was very popular. Within the first three months, 70 of the 300 employees on site (23% of the workforce) had gone to have a conversation in the wellbeing room. During the three month period a total of 210 conversations took place.

The conversation topics were very broad ranging from feeling suicidal or being been affected by suicide, problems with self-harming teenagers and children being bullied at school, through to coping with terminal illness at home, caring for parents who have Alzheimer’s, gambling debts where people had bailiffs knocking on their door and relationship breakdowns.

“They all came in to talk and then, depending on what they wanted the outcome to be, we would refer them to the employee assistance programme (EAP), or to a specialist charity. With the instance of gambling debt, we helped by going with them to the bank to try and get financial measures put in place. Sometimes people just wanted somebody to talk to and somebody to listen,” says Pott.

She added that they expected a few people would come in and have a chat, but they didn’t expect to see just under a quarter (23%) of the workforce in a three month period.

“The impact of this was just so enormous, and it was the realisation that if we weren’t creating that safe space for people to come and share all of this stuff and to get our help and support, all of those people would be going out into safety critical roles on our highways and elsewhere in the business,” says Pott.

By having these spaces available, the team at BAM were able to provide a metaphorical arm around their colleagues or in the more serious cases refer them to external support.

Thanks to the success of this low cost/high impact initiative the business is now actively encouraging more of its sites and offices to think about getting a wellbeing room set up.

Pott feels that many of the issues raised by its employees are fairly typical of the types of problems staff come to work with every day – it’s just that most people don’t share it.

Although Pott does not have any hard evidence that the wellbeing rooms have helped to reduce or prevent accidents, she does feel that anecdotally they have made a difference.

“I have absolutely no doubt that if we hadn’t created the safe place and the opportunity for people to come forward and get help we would have had more accidents and incidents, and actually I would even go as far as to say that we would have had one or two suicides,” she says. “I honestly believe that, because the stuff we have been doing really has been life changing for more than a handful of people.”

Tackling wellbeing for those based onsite and away from their desks is an ongoing challenge. And this can be particularly the case for male-dominated workforces where men’s lifestyle, access to services and perceptions around ‘masculinity’ can prohibit them for seeking support.

Yet whether you can dedicate a whole room, or simply set up a wellbeing corner, having a space to start the conversation and say that it’s ok to come forward can make a real difference.

“It’s about beginning to engage and letting people onsite know that there is someone there who is trained to help and understand and signpost,” concludes Pott.

The author is Dawn Lewis, content editor at REBA.

To cater for a diverse workforce, fairness and personalisation is key

4 flexible benefits that will appeal to all generations of employee